It's no secret small businesses account for many of the nation's uninsured. These 5 states are working on a cure.

Rising health-care costs are enough to make any entrepreneur sick. A 2004 survey conducted by the U.S. Department of Health and Human Services showed that only 32 percent of companies with less than 10 employees offer health insurance, compared to 96 percent of businesses with 50 or more employees. Fortunately, while the federal government twiddles its collective thumbs, legislators throughout the nation are attempting to make health insurance affordable.

From California to New Hampshire and in between, many states are in the process of adopting universal or near-universal health insurance. Whether this will prove to be a real commitment remains to be seen, but at least nearly every state is talking about helping entrepreneurs and their employees. While many states are waging praiseworthy battles, here are five standout states that seem to be particularly good allies of beleaguered business owners.

Massachusetts is the first state to require all residents to have health insurance coverage, just as it's a law to have auto insurance in many states. The law goes into effect on July 1. It remains to be seen whether entrepreneurs will be cheering or swearing by the end of the year. But the state has generally received praise for creating the Commonwealth Care Health Insurance Connector, which offers affordable plans on a pre-tax basis. It's aimed at low-income individuals, as well as the self-employed, part-time workers, contractors, self-employed entrepreneurs and small-business owners with 50 or fewer employees.

Oregon's senators are considering S.B. 329, which would create the Oregon Health Fund, a group that would leverage lower rates and share health-care costs. Residents who join the pool would receive the Oregon Health Card and receive benefits through a provider of their choice. The Beaver State plan seems to have teeth. It would offer universal health care to all residents and would focus on preventing illness, which ultimately saves everyone money. The plan would dangle incentives for healthier living, like increasing reimbursement rates to physicians who help their patients stop smoking, lose weight, and quit drugs and alcohol.

The model for this program comes from the Fred Meyer Company, founded in Oregon, which self-insures and focuses on early health care for 65,000 employees. The company's annual inflation on the health insurance program is 5 percent, compared to a national average of 12 to 18 percent.

Gov. Phil Bredesen has led the charge with his Cover Tennessee health insurance plan, which provides guaranteed, affordable, basic health-care coverage for employees of Tennessee's small businesses. The plan focuses on preventative and primary care and has shared a premium. The cost is divided equally among the employer, the state and the employee. Since starting in April 2007, 12,000 businesses have pre-qualified. 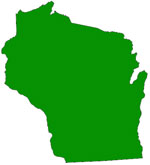 Wisconsin has received a lot of attention in recent years for attempting to provide cheaper health care to its residents. But none of the efforts were considered a phenomenal success, which may be why there are now three universal coverage plans making their way through the state legislature.

In the meantime, health care co-ops are catching on. Participating businesses join a group that purchases health insurance, giving the organization more buying clout than an individual business. Since the law was finessed in 2006, only a couple co-ops have emerged--a statewide group for farmers and a business co-op in Milwaukee that has the potential to cover 240 entrepreneurs, as well as their employees and families. But other small co-ops are on the horizon.

In January, Gov. Ed Rendell announced his sweeping health-care reform plan, Prescription for Pennsylvania, which addresses quality initiatives, access and costs. It includes Cover All Pennsylvanians, a program that would offer access to affordable basic health coverage to small businesses without insurance, as well as the uninsured, through the private insurance market. For instance, businesses with fewer than 50 employees would pay $130 a month per employee for coverage. The employee would pay $10 to $70 a month, depending on their income. Businesses that don't offer their employees coverage would pay an assessment used to cover the cost of the program.

The entire reform plan was introduced in the House of Representatives as H.B. 700, but now is being broken out into parts for consideration. Rendell is pushing the House to consider legislation encompassing CAP as soon as possible, although it may not be introduced until the House reconvenes after the summer break.

The 3 Pillars of Building a Successful Brand on Amazon

Roblox vs. Activision Blizzard: Which Video Game Stock is a Better Buy?

The Smart Way to Lend Money to Family and Friends