College Business Plans that Made the Grade

Find out how these entrepreneurs took their business plans from the classroom to the real world.

By Kristin Edelhauser August 8, 2007
Opinions expressed by Entrepreneur contributors are their own.

It was 1986, and student Ian Leopold was just one class away from graduating. That's when his economics professor failed his business plan assignment.

Other students may have taken the failing grade as a sign the plan wasn't viable. But not Leopold. "If he hadn't failed me, it's very possible I wouldn't have continued with my plan," says Leopold, now 43. "Part of me wanted to prove him wrong. I did." Leopold, forced to stay at Hobart that summer, earned his degree and in his spare time turned his business plan into a reality, entering Northwestern's Kellogg School in the fall. On the side, he was making thousands of dollars each week putting together ads for his Unofficial Student Guide. In five years, Leopold had turned his failed assignment into a successful company with nearly $3 million in revenue. 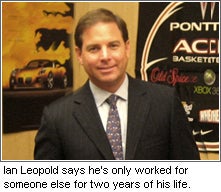 Though entrepreneurship programs and specialized business courses for small-business owners-to-be weren't as common when Leopold attended New York's Hobart College in the '80s, they're now showing up on campuses across the U.S. as more business schools realize how many of their grads plan to become their own boss. While schools add entrepreneurship majors and minors, more business plan competitions are offering prize money that can help give a potential business the break it needs. 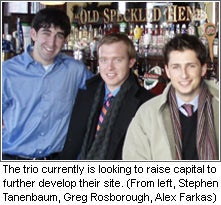 For recent college grads Alex Farkas and Greg Rosborough, both 24 years old, and Stephen Tanenbaum, 25, their $20,000 in competition winnings, combined with an additional $80,000 contributed from friends and family, helped them launch their business plan idea, Ugallery.com, in October of last year. The University of Arizona graduates attended three competitions during their senior year, including one in Canada. "I think we succeeded in the business plan competitions because our business model was very realistic," says Tanenbaum.

It started when Farkas, an art student, noticed how difficult it was for his fellow classmates to get their break in the art world, not to mention the lack of affordable original artwork for sale. So he teamed up with friends and fellow students Rosborough and Tanenbaum to create a solution: Ugallery.com, a site where art students can begin their careers and art lovers can purchase affordable original artwork. With nine months of business under their belt, Tanenbaum says the website is projecting sales of $300,000 for 2007. The trio will finally be able to take out nominal salaries once they complete their next round of financing from angel investors. They're currently looking for the right business partners to help raise $400,000 to expand the site. 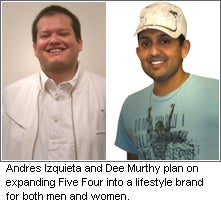 The business plan developed by 26-year-old Dee Murthy and 27-year-old Andres Izquieta also won an award. But in place of thousands of dollars in prize money from the University of Southern California, which hosted the competition, Five Four Clothing had something else working in its favor: the right location and the right timing. Los Angeles proved to be the ideal location for the business partners to launch their urban, hip men's line. Murthy says his friends started wearing Five Four to local clubs, and soon they were in talks with hot boutiques like Fred Segal. This year, USC entrepreneurship program grads Izquieta and Murthy are projecting $11 million in sales.

For 28-year-old entrepreneur Rodrigo Veloso, winning the Latin American division of the Moot Corp Competition while a graduate student in Sao Paulo, Brazil, provided him with the contacts he needed to introduce Brazilian coconut water to the U.S. As the first-place winner, Veloso was invited to attend the global competition at the University of Texas at Austin in 2005. Though he didn't win, Veloso gained valuable business contacts and met his now-wife, Emilie Fritz.

Veloso relied on those connections when he moved to Los Angeles to turn his plan into a business. Upon his arrival, Veloso met with investors who introduced him to other venture capitalists and angel investors. He combined the seed money from an investor and contributions from friends and family with his own savings to create O.N.E. World Enterprises. The company has been operating for nearly 14 months, and Veloso says sales have already surpassed the $1 million mark. 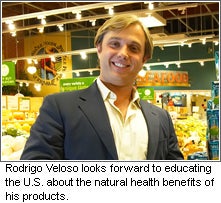 The Learning Curve
But bringing a mainstream product from Brazil to the U.S. market wasn't an easy task. When Veloso looks back at his original plan, he can't help but raise an eyebrow. "I look back at it and think, I didn't know much about the market at all," he says.

But as these entrepreneurs have realized, change is part of the process. Business plans evolve over months, years or even decades before resulting in a successful venture. Today, Leopold's original business plan for Campus Concepts is now American Collegiate Intramural Sports, headquartered in Baltimore. Leopold says it's turned into the largest daily on-campus marketing program in the U.S. The company hit a low point in the early 2000s when the advertising world took a hit. So, in 2005, Leopold kept the best part of his original plan--targeting the college consumer--and combined it with intramural sports, selling sponsorships on wall boards at games to companies like Proctor and Gamble and Microsoft. Now, Leopold says his company brings in annual revenues of $10 million each academic year.

Murthy and Izquieta also say experience has taught them a lot. "Our financials were the most unrealistic part of our business plan," says Murthy. "We were na�ve in college and didn't understand all that went into a business. We've grown up a lot in the last five years."

The Pros and Cons of Hiring a Financial Advisor