Hungering to launch your own restaurant? Use these 7 tips to get your business started now.
Next Article
Eileen Figure Sandlin
Magazine Contributor
April 1, 2008 9 min read

This story appears in the April 2008 issue of Entrepreneur. Subscribe »

When Roy Liebenthal, owner of Pop Burger in New York City, decided to open a restaurant in one of the world's chicest cities, he didn't yearn for an elegant establishment with white tablecloths and white-glove service. Instead, he took a chance on serving up the lowly slider hamburger, but with a Manhattanesque vibe that transformed it into what he calls "high-end junk food."

"I wanted to create the Louis Vuitton of burgers, and Pop Burger is the zeitgeist of that culture," says Liebenthal, 45, who projects sales for his two locations to reach $7.5 million in 2008. "Pop burgers are packaged like a product in a box and offer a riff on fast food for the type of customer who populates the hip, extremely fashionable night life center in which we're located."

Despite this type of innovative vision, restaurateurs like Liebenthal are the first to admit that starting a new eatery is a calculated risk. But it's a risk worth taking, because business is booming at the 945,000 individual restaurant locations across the nation. Despite a faltering economy and an increase in wholesale food costs, the restaurant industry cooked up record-high sales of $535 billion across all sectors in 2007, according to the National Restaurant Association. That works out to just under $1.5 billion spent every day by hungry consumers--and there's every indication that the industry will continue to thrive.

The hottest food service sector right now is full service, which commands $182 billion of the industry's tab. But at $150 billion, quick-service restaurants--which include curbside takeout, drive-thru and delivery services--aren't far behind. Here are some a la carte ideas that can help you serve up zesty sales.

Cook Up a Winning Concept
New restaurants pop up daily, but it's the unusual and the unique that get the attention and have the potential to become big moneymakers. That's what Frank Taylor, founder and president of Seldom Blues in Detroit, discovered when he and his two celebrity partners--flutist Alexander Zonjic, 52, and former Detroit Lions defensive end Robert Porcher, 37--opened their res-taurant in 2004. "When you're in a city like Detroit, where the economy is tough, you need to create a special dining experience," says Taylor, 42, who projects sales of $5 million for 2008. "We offer great food and live jazz in a location overlooking the water and Canada. People tell us all the time that we're better than jazz supper clubs they've visited in New York City or Los Angeles."

As part of the concept creation process, you'll want to focus on a particular type of cuisine, which can be anything from ethnic to comfort food to upscale, fine dining. You should also limit the menu to a single cuisine style, since a menu that's too schizophrenic (like one that offers both pad thai and hot dogs) will leave customers confused. And while creative and innovative menu options can definitely set you apart from the competition, you shouldn't go too far out on a limb. "You have to walk the line between the mainstream and the obscure," says John Casale, 39, founder and president of Anthem Restaurants of America in Scottsdale, Arizona, whose four Salty Señorita restaurants had revenue of $16 million last year. "If you're too mainstream, you'll be competing with the national [chains], without their resources. But if your concept is too obscure, people won't come in. Do your homework to determine what will work."

Sometimes, though, an untried concept can reap big rewards, as Brian Khoddam, 38, and master chef Hormoz Ghaznavi discovered. The pair, co-founders of Beverly Hills, California-based The Cravery, built the concept for their restaurant around a savory meat pie made with Ghaznavi's special dough recipe. The plan was a success: The restaurant's five locations expect revenue of $1.8 million in 2008. According to COO Kevin Kelly, the concept worked thanks to what he calls a massive "guerrilla intercept" plan. "Basically, we forced people to try a sample piece when they walked by the restaurant," says Kelly with a laugh. "Once people tried [the product] and we got rave reviews from food experts, we were on our way."

Map Out a Sound Strategy
As an aspiring restaurateur, you need a comprehensive business plan to help you launch your business and keep you on course as it unfolds. This plan should be written and needs to outline your goals and strategies. Other information you should include is details about the proposed concept, menu and pricing; an analysis of the target market; marketing and/or advertising plans; staffing needs; and specific details about financing plans. This will give you a viable road map--and a professional package to show the bank or investors when you're shopping for funding.

Speaking of funding, many aspiring restaurateurs fund their startups using their personal savings or investments from family members and friends. If you do tap your loved ones for operating capital, be sure to structure the loan as a regular business transaction, with written terms for repayment and interest.

But exactly how much will you need? Chef Michael Smith, 47, owner of Kansas City, Missouri-based restaurant Michael Smith, recommends having three to four months of operating capital available at the outset. "If you haven't already made a name for yourself as a chef, you'll struggle, so you need at least that much cash available, "says Smith, who started his fine dining restaurant in 2007 with funding from investors. He projects revenue of $1.5 million this year.

Do Your Due Diligence
Another crucial issue you must address before opening your doors to the public is making sure the market wants--and needs--a restaurant like yours. Easy ways to survey the local market include using tools like direct mail, e-mail blasts or telemarketing. You simply purchase prospect lists from organizations such as the chamber of commerce, then either do the research yourself or farm it out to a marketing firm. You can also learn a lot about local demographics by purchasing a report on credit card or public utility data. But in the restaurant industry, it's often better to go right to your prospective customers, as The Cravery's owners did, and gauge their reaction that way.

Better yet, conduct some primary research before you spend too much time and money on a concept that might not work. "After my wife and I found our location, we stood out front and asked people who came by what they thought of our concept, "says Gabriel Gordon, 31, co-owner with wife, Lena, 31, of Beachwood BBQ in Seal Beach, California. "We had expected to open a fine dining restaurant because of my experience as a fine dining chef, but our ideas were not well-received. When we asked people about barbecue, however, their eyes lit up."

The formula worked: Beachwood BBQ's down-home location opened in December 2006 and had revenue of $700,000 its first year, a third of which was generated by the sale of specialty craft beers.

Locate Your Space
You know what they say about location, location, location. Select a building on a well-lit, well-traveled street that has plenty of parking. A building that was previously used as a restaurant may be a good choice because you'll spend less money trying to retrofit it for your own purposes. Just be sure you know why the previous business closed in case there are outside factors that could affect your business' success. And don't worry about the competition--even if it's right next door. "The clustering effect helps everyone," Smith says.

When you're ready to start looking for the perfect location, a real estate broker can help you find a facility that meets your specific needs and your budget. To find affordable restaurant equipment, check the local newspaper for restaurant auctions, or try your luck on an online auction website like eBay.

Hire the Pros
"I'm a great operator, but I need help with other functions," says Mary Harrigan, 45, co-owner with her sister Maureen, 50, of Stonefire Grill, which has five locations. "Hiring experts helps you avoid making mistakes that will undo everything you've worked so hard to do."

Toward that end, the Westlake Village, California restaurateur, who projects revenue of $30 million for 2008, recommends hiring professionals--including a restaurant consultant, who understands industry policies and licensing, food standards, personnel issues and more. She also recommends hiring an accountant who can handle the books, taxes and bills. Use these professionals only for the services you require. Or, if possible, purchase a package of services to keep your startup costs manageable.

Spread the Word
A lot of restaurant owners don't advertise, believing that word-of-mouth and a good location will be enough to promote their businesses. Liebenthal of Pop Burger says, "Advertising doesn't have legs in New York. Our customers vote with their feet." But in most cases, it never hurts to give the business a little nudge in the right direction. Beyond handing out business cards everywhere you go, consider advertising in the local city magazine, sending out e-mail blasts or holding a grand opening celebration for the neighborhood.

You may also find that some of the best advertising comes at little or no cost. For example, Harrigan offers a 50 percent discount to firefighters, police officers and other uniformed officials. "Those guys are gold--the business comes right back to us," she says. "We also donate a lot of time and food to school athletic and academic programs, because families are our customer base. It gives us visibility that's tough to buy at any level."

Make It Happen
While all these steps are necessary to launch a new restaurant successfully, in the final analysis, your chances for ongoing success come down to two things, according to Smith: "Underpromise and overdeliver," he says. "We're all feeding people--some of us just do it better than others. But in the process, don't take yourself too seriously. I try to be humble and serve good food, because, as I like to remind myself, I've got my name on the front of the business and also on the trash can in the back."

Eileen Figure Sandlin is an award-winning writer and author who writes on business topics. 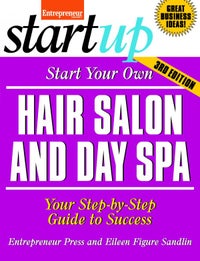 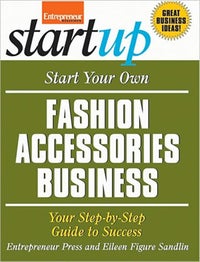