How to Manage Generational Dynamics 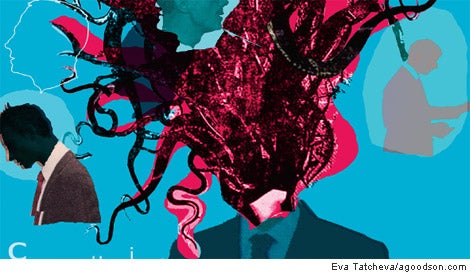 The 25 employees at Lumen Legal use e-mail and IM to communicate with each other. But last year, there was a communication breakdown. The company's twentysomething Gen Yers kept trying to IM their Gen X and baby boomer co-workers, who weren't always logging on to IM. It was becoming a source of irritation at the Royal Oak, Mich., attorney outsourcing firm, where 25 percent of the staffers are Gen Yers, 40 percent are Gen Xers and 35 percent are boomers. For the company's twentysomethings, "there's this frustration, like, 'Well, I was going to try to IM you, but you're not logged on--and why aren't you logged on?'" says founder and CEO David Galbenski, 39.

In November, the $10 million company set up employees' computers so that IM would automatically log them on at bootup. Lumen is also pondering some new "rules of communication" that let its employees know when it's best to IM instead of e-mail and vice versa. Galbenski chalks the problem up to a generational divide over how to communicate.

Welcome to one of the many challenges facing entrepreneurs with multigenerational work forces, in which highly experienced baby boomers are working alongside tech-savvy twentysomethings who have high expectations but little experience. Caught in the middle are knowledgeable Gen Xers in their 30s and early 40s who are struggling for work/life balance as they bear the brunt of managing multigenerational work teams. Throw in the modern workplace with its disappearing hierarchy, and you have a recipe for generational conflict.

Generational red flags
You might have a generational conflict brewing if you're noticing these problems in your workplace: Tips courtesy of Bruce Tulgan, founder of generational training firm RainmakerThinking and author of Not Everyone Gets a Trophy: How to Manage Generation Y

"The old seniority system did a lot of the work of managing people," says Bruce Tulgan, founder of generational training firm RainmakerThinking and author of Not Everyone Gets a Trophy: How to Manage Generation Y. "That system has broken down." Leaders have to balance the interpersonal dynamics and the power relations at work, he adds, "or there's likely to be a lot of conflict."

The conflicts go far beyond technology. Robin Throckmorton, co-author of Bridging the Generation Gap: How to Get Radio Babies, Boomers, Gen Xers and Gen Yers to Work Together and Achieve More, sees communication and work ethic as the main sources of tension between the generations. Older employees are getting annoyed with Gen Yers who are continually asking for more, whether it's raises, telecommuting or time off that Gen Xers and boomers had to earn. Gen Yers roll their eyes at Gen Xers and boomers who hold on to hierarchy and hold back change.

The unspoken rules of the workplace are creating problems, too. Jennifer Deal, author of Retiring the Generation Gap: How Employees Young and Old Can Find Common Ground, tells the story of an older manager who asked a new 25-year-old employee to get something to him as soon as possible. The employee left at 5 p.m. without finishing the task. The manager "was horrified that this person had left," says Deal, who asked the manager if he had clarified that ASAP meant by the end of the day. "The [manager] said, 'No, I shouldn't have to. I told him ASAP. That means before you leave.'" Deal told the manager that younger employees don't know the rules unless they're taught. "They have to learn it," Deal says. "The question is, do you want to fix the problem, or do you want to be annoyed?"

Inner City Enterprises is a multimillion-dollar Atlanta holding company that runs apparel line WheatBread, the foundation Change The Game, and GTM, a guerrilla marketing firm best known for the anti-tobacco "Truth" campaign. Depending on the campaign, the company could be managing up to 100 people. Its 15 core employees range from their 20s to 40s, but co-founder Karl Carter, 36, spends a lot of time coaching the Gen Yers. Because corporate environments can seem backward to younger employees, "you really have to let them know that this is when to turn it on and this is when to turn it off," says co-founder Kembo Tom, 36. "It's not something that's intuitive."

The firm's Gen Xers, meanwhile, want to know they're appreciated. They also want stability and the opportunity to keep growing professionally. "A lot of [Xers] are cycling out of corporate America because they've gone that route," Carter says. "They're not happy, they're burned out, they don't feel appreciated or they want to do their own thing." He sees older Gen Xers contemplating the end of their careers, too. "[They're saying], 'This may be one of the last three jobs I have,' depending on their age," Carter says. "'So what's in it for me?'"

The Struggle for Power
Power over who gets to make the rules is at the heart of today's generational conflicts, Deal says. This year's presidential election highlighted the simmering generational power struggle. McCain focused on experience, while Obama talked about change. "What [McCain] said--and what's generally said in the work force--is that [experience] trumps other things," Deal says. But for younger people who don't have as much experience, "it's in their best interest to say, 'No, good ideas trump experience.'"

Galbenski says Lumen's boomers are more into process, replication and revisiting past experiences. The company's Gen Yers, however, prefer brainstorming new ideas in teams. "There's a constant push and pull between innovation and systemization," Galbenski says. "Gen Xers and boomers might think of a solution to the problem first and then involve the team."

Thinking about how different generations solve problems and approach their work can make a difference. "If you understand it, you can optimize it and communicate effectively," Galbenski says. "It's how you create a structure around moving things ahead when conflicts do arise."

Tulgan says managing generational conflict requires keeping everyone focused on the work. "If you're 65 or 25, you may have a lot of things that separate you perspective-wise," Tulgan says. "But if you're [all] really focused on the same work, that's what you have in common."