Where to invest your travel dollars this year
Next Article Add to Queue
Julie Moline and Lindsay Holloway
Magazine Contributor
April 13, 2009 7 min read

This story appears in the May 2009 issue of Entrepreneur. Subscribe »

The economy is in the doldrums, and companies are forced to wrest every molecule of value out of every business trip. Are road warriors caught in the squeeze? Now that it's a buyer's market, the answer is not necessarily, especially if they choose brands like these five, which have perfected the balance between value and service. 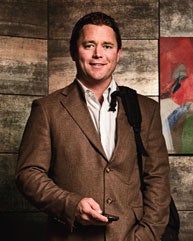 Frequent-flier miles: While it's almost impossible to log the number of miles traveled since the inception of his flameless candle company in 2004, Johns says he was "on the road" three months of the year in 2008, mostly outside of the U.S.

Where in the world: He has traveled to cities in China, Cambodia, England, Greece, Hong Kong, Italy, Malaysia, Mexico, Thailand, The United Arab Emirates and Turkey--and that's just in the past year.

Must-have travel tool: Johns used to travel with a laptop, but he ditched it for a BlackBerry to make traveling easier. "You're able to use a BlackBerry anywhere," he says. "It's the only thing you need--that and a passport." 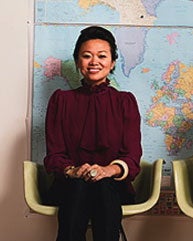 Frequent-flier miles: As president of a company that hosts girl-centric lifestyle and shopping events throughout the country, Chan travels to up to 18 markets yearly and estimates she has flown more than 500,000 miles.

Must-have travel tool: Chan seconds the vote on a BlackBerry. She says that and a Verizon Wireless card "keep me connected to the clients I'm on my way to visit, the office and my friends and family." 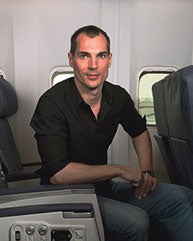 Frequent-flier miles: Three-year-old ID90T is often likened to an Expedia for airline employees, so Schukraft spends a fair amount of time traveling: seven to 10 days a month and sometimes more than 10,000 miles a week.

Where in the world: Schukraft has taken many trips to Cordoba, Argentina, where ID90T's tech is based, but he has also traveled domestically to Atlanta, Detroit, Houston, New York City and Seattle; and internationally to Argentina, Brazil, France, French Polynesia, Kenya, Mexico, Panama, Russia and Switzerland (just to name a few).

Must-have travel tool: Vote No. 3 for a BlackBerry, though he does travel with a laptop, too: his tiny, lightweight Sony VAIO.

Hyatt Place
Here's a great example of a new hotel concept (launched in 2006) that actually lives up to its hype. The chain was named "Top Mid-Scale Full Service Brand" in the J.D. Power and Associates "2008 North America Hotel Guest Satisfaction Index"--a remarkably fast ascent to the top of the list. So what's to like? Attractive décor, down-to-earth pricing and thoughtful amenities: a 42-inch flat panel TV; comfortable, functional work areas; cushy sleeper sofas and insanely comfortable beds. There's even free Starbucks coffee in the lobby.

Virgin America
The 21-month-old Virgin America only has a handful of routes so far, mostly linking Boston, New York City and Washington, DC, to the West Coast. But already there's a lot to like. Besides low fares, there's high comfort on brand-new Airbus A320s: Every seat has a power outlet, and the interactive in-flight entertainment system lets you watch films, listen to thousands of MP3s and watch TV on demand. You can even use the system to order food and drinks, which you can charge to a credit card. (It's a cash-free cabin.) The carrier now offers Gogo in-flight internet service, too.

Alaska Airlines' Mileage Plan
It's always heartening when an airline that rates high in customer satisfaction also has a terrific frequency program. That's the case with Alaska Airlines, which scores well in consumer surveys. Plus, its Mileage Plan won a Freddie Award for "Program of the Year" for the fourth time. (It also won first place in the "Best Website" and "Best Elite-Level Program" categories for 2007.) We like the program's flexibility: Members can give their points to friends or family, and companies can purchase miles to give to employees as an incentive reward. We also like that there are more than a dozen airlines to choose from for mileage earning and award travel.

Zipcar
Zipcar is growing in popularity as a cost-effective, convenient alternative to traditional car rental companies that have yet to match the nifty Zipcard, which acts not only as a key to the car but also as a way to charge gasoline purchases directly to Zipcar. So far, there are locations in 52 cities across North America and the United Kingdom, and a fleet of 5,500 cars including BMWs, Volvos, Mini Coopers, Priuses, pickups and various SUVs. There are no obnoxious hidden fees, and frequent individual and corporate users get discounts on hourly and daily weekday rates, which start as low as $6 per hour and $50 per day. Rates include fuel, parking, insurance and maintenance.

Airfare Watchdog
Because many business travelers fly on short notice, using a travel website that features time-sensitive deals makes plenty of sense. Unlike its rivals, Airfare Watchdog relies on real people--not computers--to identify deals, which are often unadvertised or unannounced. The team researches the fares before posting them, ensuring seats are available at the sale price. They can even search for fares on Southwest Airlines and JetBlue, which don't load their fares on any online reservations system except their own.

Customer Experience Will Determine the Success of Your Company

Consider This Before Self-Publishing Your Book