Bring Your Marketing Message to Life

Online video is easy and inexpensive. Use it to get the word out.
Next Article 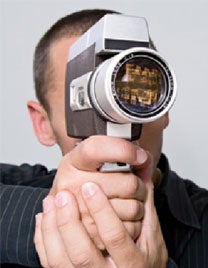 In the pre-YouTube era, high cost typically kept video out of the reach of small businesses. The surge in viewership of online video, along with falling production costs, made it far more accessible as a marketing and business development tool. But to make it effective, businesses need to know what makes it attractive to viewers.

Jama Software, a developer based in Portland, Ore., uses video for everything from product demos to getting customer feedback on work in progress to showcasing its philanthropic work, says John Simpson, partner and director of customer outreach and marketing. The firm's videos page is the third-most visited on its web site. More than 40 percent of the site's visitors view a video while they're there, and 35 percent of video viewers go on to request a trial or demo of the product.

"As a little guy, your best weapon is to differentiate yourself," Simpson says. "Video lets us do that."

The numbers back that up. According to online media research firm comScore, in August, 158 million U.S. Internet users viewed a video online--the largest audience ever. That kind of potential viewership is appealing, says Kraig Westfall of Good Fruit Video in East Lansing, Mich. Westfall's clients typically hire him for video productions between one and five minutes long and budgets of $1,000 to $5,000. He counsels customers to use authentic voices and real people from their companies rather than slick voice-over and acting talent. "That kind of authentic voice builds relationships with the customer or prospect. People are often put off if something seems too slick," he says.

Video can help customers find you too. Forrester Research recently found that sites with video stood a 50 times better chance of appearing on the first pages of Google results on keywords for which Google offers video results. The key is to integrate video search engine optimization tactics. Much like traditional SEO, the major search sites (Google, Yahoo!, MSN, etc.) each have methods of accepting video submissions in addition to their search algorithms that seek video out.

And you don't necessarily need to worry about mastering video SEO yourself. Video hosting sites are abundant, says Benjamin Wayne, CEO of Fliqz--one of those sites. Just be sure the site you choose routinely submits video content to search engines.

To get the most out of your video efforts, Wayne says, integrate them into other marketing vehicles and remind customers and prospects about them. For example, send out e-mail blasts with links to video on your site. And be sure to have your contact information, especially e-mail and phone number, near the video.

Short-format videos are typically more popular than long-form for Jama. Since the value of the information is what counts, Simpson says, it's OK in many cases to be frugal in production as long as you're telling customers what your company is about, he says.