From radio to YouTube clips, 10 companies that changed everything.
Next Article Add to Queue

The ultimate guide to - producing measurable, monetizable results with social media marketing.
February 8, 2010 9 min read
Opinions expressed by Entrepreneur contributors are their own. 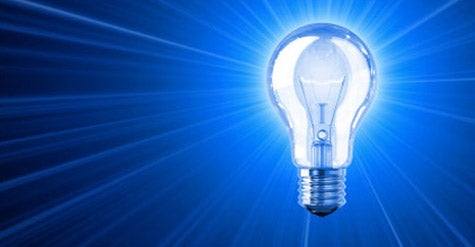 As every dedicated watcher of Mad Men knows, advertising is built on the genius of ideas. Inspiration can strike from any corner (and in every flashback). And beware: Even the greatest ideas are fleeting.

But every now and then, an idea comes along that changes the game for good. Yes, the campaign generates huge, instantaneous buzz and moves plenty of product--but it also stands the test of time, infiltrating the culture in subtle ways for decades to come.

"It doesn't happen often," says Bruce Vanden Bergh, advertising professor at Michigan State University, "because it takes a combination of the right people with the right skills, the right climate and luck."

And sometimes, it takes nothing less than a breakthrough.

Selling diamonds during the Great Depression, charging more for a spirit no one can identify blindfolded, pitching a tiny car during the era of chrome and fins--all of these campaigns made Entrepreneur's list of 10 brilliant marketing ideas. The list spans more than 70 years--from pre-TV to the YouTube era. Just don't get upset when you learn how you've been manipulated. It's the nature of the business.

In the words of Don Draper, Mad Men's tortured lead, "What you call love was invented by guys like me," he says. "To sell nylons." 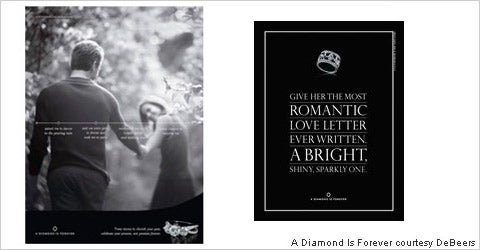 Backstory: Diamond prices were sinking fast in 1938, so De Beers mining company enlisted ad agency N.W. Ayer & Son to help reverse the trend. A year later, it launched the "diamond is forever" campaign and brazenly promoted the idea that every marriage required the gift of bling. And plenty of it: It also invented the "two months' salary" spending rule.

Breakthrough: A slogan that transcends the campaign. "It created sentimental meaning for the product that resonated with people," says Michael Cody, communications professor at the University of Southern California, adding that the phrase is so entrenched that some people don't know its commercial origins. 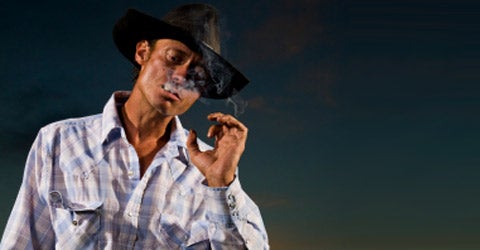 Backstory: Incredible as it seems, Marlboro cigarettes were marketed for decades as a premium filtered cigarette for women. That all changed in 1955, when Leo Burnett's advertising firm reinvented the smokes with the most masculine of icons: an American cowboy.

Breakthrough: Image advertising. The Marlboro Man wasn't just a hugely successful trade character, Cody says, the campaign was also the first example of "image" advertising. "No attributes of the product were mentioned, but the campaign appealed to white, male individuals who perceived a connection with ruggedness and masculinity." Whatever controversy came later, the ads made Marlboro the bestselling cigarette in the world.

Legacy: If you're ever boggled by the behavior of brand-conscious youth, know that it started here. Those Abercrombie dudes could be the Marlboro man's grandsons. 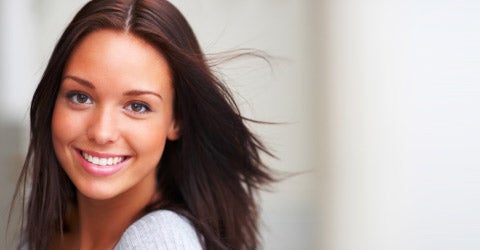 Backstory: In 1957, Foote, Cone & Belding invented the Clairol girl, a wholesome girl next door with a shocking secret: Her hair color might be fake. A series of ads for tints and dyes posed the titillating Q&A: "Does she . or doesn't she?" ("Only her hairdresser knows for sure.")

Breakthrough: The shock ad. Advertising Age columnist Bob Garfield calls it the birth of "shockvertising," campaigns that generated buzz by tapping into the sexual revolution. Of course it worked: Ten years later, annual sales of hair coloring rose by more than $160 million.

Legacy: Sex sells (no kidding--but someone had to figure it out). "Does she" paved the way for Brooke ("Nothing comes between me and my Calvins") Shields and Pam (naked for PETA) Anderson. 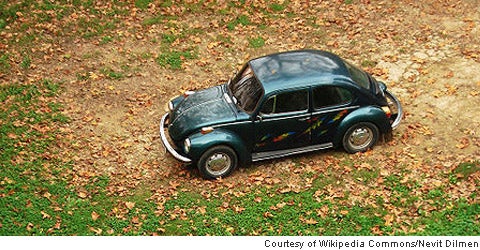 Backstory: The diminutive Volkswagen Beetle wasn't an easy sell in 1960, the era of major chrome and fins. So the Doyle Dane Bernbach agency did something unheard of at the time: It paired a copywriter with an art director to create the campaign. Volkswagen's revolutionary "Think Small" ads featured a tiny image of the car surrounded by acres of white space and a few words about "our little car."

Breakthrough: Synergy--and risk taking. "It showed how breaking with the norm could also change culture," says Michael Belch, a marketing professor at San Diego State University. "Small became sexy." Adds former Advertising Age editor Jonah Bloom: "It's about the guts to be different and take huge risks with your message."

Legacy: Embrace the product. Honesty and risk-taking can pay off big--just ask Avis. Its "We try harder" campaign flipped a No. 2 ranking in its favor. 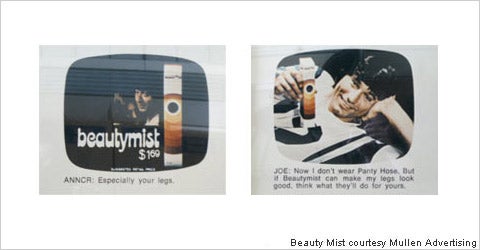 Backstory: To sell Hanes pantyhose, the Mullen agency famously recruited Hall of Fame quarterback (and playboy) Joe Namath. The 1974 TV commercial panned up a pair of smooth, nylon-clad legs that turned out to belong to Broadway Joe: "Now, I don't wear pantyhose, but if Beauty Mist can make my legs look good, imagine what they'll do for yours." It was just a matter of time before sales of pantyhose outran sales of stockings for the first time in the U.S.

Breakthrough: Celebrity endorsement. Namath wasn't the first celeb to hawk products, but the success (and controversy) the ad created showed the power of the right celeb.

Legacy: Cue the athlete endorsement. George Foreman and Salton. O.J. Simpson and Hertz. Michael Jordan and just about everything. 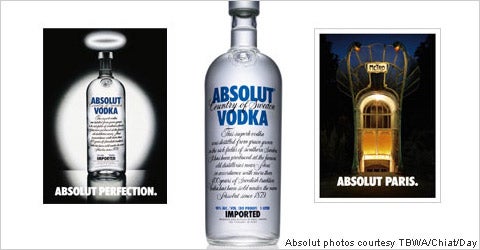 Backstory: The product was clear, flavorless and more or less indistinguishable from any of its competitors. But the agency TBWA's clever use of the bottle's shape and name made Absolut the first breakout premium vodka--and inspired barloads of imitators. After nearly 30 years, Absolut Vodka is one of the longest-running campaigns in history, and still going strong.

Breakthrough: The absolute power of advertising. It's stunning, actually, that these ads moved millions of Americans to pay more for a product they couldn't identify in a taste test. "It's also proof," Bloom notes, "of advertising's ability to create value in a commodity marketplace."

Legacy: Sometimes it's all about the sizzle. With a campaign that's infinitely riffable, Absolut continues to innovate with the times (there's an iPhone app). 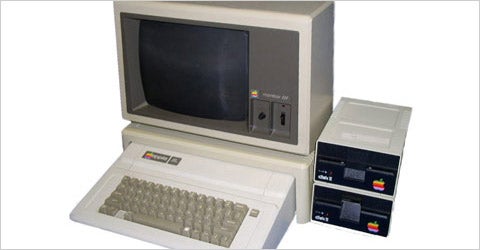 Backstory: Apple's "1984" was a single commercial, broadcast during that year's Super Bowl. But Chiat/Day's interpretation of George Orwell's post-apocalyptic novel was more effective than most large-scale campaigns. The concept: A roomful of drones stares at a large screen where an authority figure bleats propaganda. Suddenly, a strange woman bursts into the room, hurls a hammer at the screen and smashes it to bits. The scrolling text: "On January 24, Apple Computer will introduce Macintosh. And you'll see why 1984 won't be like 1984."

Breakthrough: The noncommercial commercial. It introduced Apple to the world as a rebel and game-changer, an identity that lingers despite its huge presence today. "The commercial didn't explain the product or any of its benefits," Bloom says, "but instead promised a lifestyle change, freeing you from the tyranny of your operating system." It also helped make Super Bowl ad time the most expensive on television.

Legacy: A new annual short-film festival (aka commercial breaks during the Super Bowl). 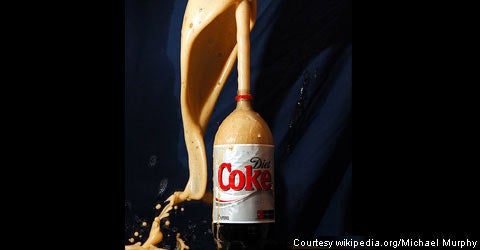 Backstory: Drop Mentos mints into a 2-liter bottle of Diet Coke, step back and watch the thing blow--physics teacher Steve Spangler's hokey demo became an Internet phenomenon in 2005, spawning an unbelievable number of page views and copycat videos. A couple of guys even re-created the Bellagio fountain with Coke/Mentos eruptions. Thing was, sales of Mentos and Coke hit the roof, too.

Breakthrough: Viral marketing. "It was unexpected and unsponsored, but it opened up everyone's eyes to the potential effect of viral videos," says San Diego State University's Belch. Indeed: Saturation media coverage at almost no cost? We'll take it.

Legacy: Is it content or advertising? Come up with something cool (or crazy) enough, and customers will look for you. See Dove's "Real Beauty" campaign, or Burger King's "Subservient Chicken." 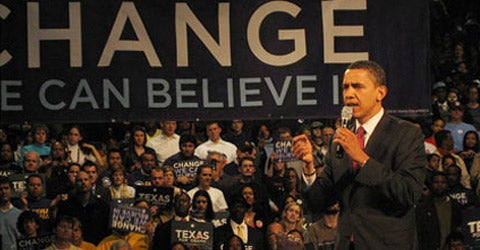 Backstory: Barack Obama's bid for the presidency was also a lesson in groundbreaking grassroots marketing. In addition to the instantly iconic poster and slogan, there was skillful use of the web and social media, from early discussions with Facebook founder Mark Zuckerberg to responding to negative reviews online and uploading flattering clips to YouTube.

Breakthrough: Social marketing. AdAge readers voted Obama the "2008 Marketer of the Year"--before he won the White House. "It wouldn't be an overstatement to say that the campaign underlined the advent of a new era of social marketing," Bloom says. 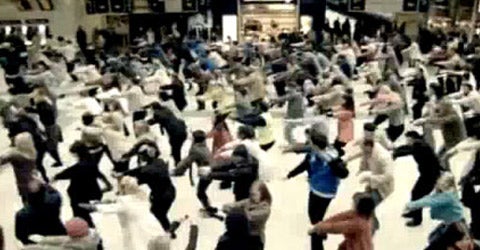 Backstory: In January 2009, Saatchi & Saatchi launched T-Mobile's "Life's for Sharing" campaign , which included flash mobs (that is, groups who assemble briefly in public to perform some kind of action). In this case, it was a smartly choreographed dance routine in the middle of a London Tube station. The video became a YouTube phenomenon.

Breakthrough: Too early to tell. But after tens of millions of page views on YouTube, there's no doubt that commercializing flash mobs works.