Lessons From a Contrarian

Daniel Kron knew nothing about retailing, but his idea proved to be genius.
Next Article Add to Queue
John Montorio
Magazine Contributor
June 14, 2010 9 min read

This story appears in the June 2010 issue of Entrepreneurs StartUps Magazine. Subscribe » 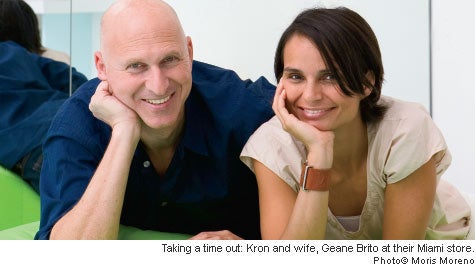 Daniel Kron had a problem.

He was near broke. His New York-based Internet business had crashed and burned. By his own admission, he had neither prospects nor much direction. His experience was narrow. He knew almost nothing about retailing. And as a three-time college dropout, he had none of the credentials higher education confers.

"I was basically unemployable," said Kron, who speaks in the reasonable and patient tones of a family therapist. "I didn't have a lot of choices in my life. The truth is, at 45, I wasn't really qualified to do anything else. I never had a regular job working for anyone. I'd been a freelance photographer before. The only thing I believed I was suited for was to be an entrepreneur, whatever that meant."

What's more, he had a family to support. "My wife, Geane [pronounced Gianni] had our first child right around the time my web business went under. So I guess you could say it was a good news/bad news year. I had lost all my savings, but I had this wonderful family. So I said to my wife, 'We are just going to make this work.'" Soon they packed their bags, moved to an apartment they owned in Miami and slowly started sorting out their future.

These days, Kron is the owner of Genius Jones , a retail phenomenon regarded by many as the country's preeminent design store for kids and their parents. Its success has given high-style cache to the niche market known as juvenile products, an eclectic --until recently--aesthetically confused assortment of merchandise for children. With brick-and-mortar branches now in Miami, Miami Beach and Boca Raton plus a web store, Kron's company projects revenues of more than $3 million this year, a 10-fold increase over his opening year in 2003. In both 2008 and 2009, Inc. magazine ranked Genius Jones as one of fastest-growing private companies in America and among the top 50 in the retail category. Not surprisingly, investment bankers are now circling Genius Jones wanting to take him international. 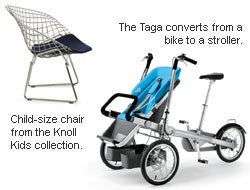 Kron's clientele includes movie stars-- Kate Hudson, Matt Damon, Halle Berry, Sharon Stone, to name a few--South American millionaires, soccer moms, TV personalities (Jay Leno just ordered a lamp), the omnipresent Kardashians, and even the mother of a rock star (hint: Metallica's drummer). His products start at 95 cents for a box of colored blackboard chalk and go to a $6,800 walnut dining table with six reversible top panels that are walnut on one side and dry-erase whiteboard on the other, suitable for kids to doodle--and range from children's clothing to furniture, bedding, toys, books, sound systems and strollers. (In fact, he was one of the first retailers to introduce Bugaboo strollers in the U.S. and remains one of the country's largest dealers today.) Ricky Martin's designer worked with Kron on the nursery for Martins' twins; Genius Jones supplied the cribs and other furniture. And Kron was called in to set up and furnish the nurseries in Calvin Klein's waterfront mansion on Miami Beach, for his daughter, Marcie Klein, when she visits with her kids. The A list goes on.

But the celebrity trade "is just the icing on the cake," Kron emphasized. It's the everyday customers who appreciate the concept, the quality and taste level. "It's essential to have a smart idea--but one that can't be too easily copied, one that has what the business journals call 'a sufficient barrier of entry,' " he explained. "In addition, I think as an entrepreneur it's important to pick a business that you want to get out of bed in the morning and do, something you'd be really excited about. Because you know what? It's really, really hard to start a business."

It took Kron and his wife more than a year of brainstorming to arrive at a concept--and a store name--that excited them that way. Kron may have known little about retailing, but he knew a lot about design and it was a big part of the world he grew up in. (His mother, Joan Kron, is an influential style and cultural journalist and author who, among other things, popularized the term "high tech," to define a seminal design trend in the 1970s.)

Kron readily admits that he didn't have much experience with children, either. But fatherhood opened his eyes to a whole new class of products and consumerism that he'd never previously considered. "Bringing my whole design background and aesthetic to kids' products seemed like a great blend," he said. "And Miami seemed the perfect place to do it, because you have a lot of ex-pat New Yorkers and people from all around the world and a lot of them were drawn to Miami by the nightlife scene. On the surface it all seemed like a swinging singles place. People said I was nuts to try a 'baby store' in a party environment. They said there are no babies here. But if you looked closer, these revelers were turning 30 and 40 and having kids themselves, and I believed they would be a built-in audience." He wanted to be the ultimate resource for them, to have all the answers--thus the name, which humorously implies a know-it-all. And exuding the confidence of a frontier gambler, he figured he'd learn about retailing along the way.

Location was an issue, too. Friends and colleagues warned that a store in South Beach was only viable in the prime pedestrian shopping mall along Lincoln Road. To open up anywhere else, they predicted, was to be doomed. But the point became moot. Kron was turned down for two leases on the street because he had no proven track record as a retailer. Coming from New York, though, he thought of SoHo as his model. If his store were in Soho, he reasoned, would he want to be right on West Broadway or how about Prince or Spring or Wooster? Nothing wrong with being off the main drag. So he took a place on a side street. "You can get people to turn the corner, if you're offering something they want," he said, recalling with great satisfaction that he saved more than 30 percent on the rent.

Of course, there also was the question of capital--or rather, the lack of it. Kron had a small amount of cash but not nearly enough for what's recommended to start a business. As a result, he had no back office support, or front office, for that matter. "I was basically on my own." he said. "And, at the same time we started Genius Jones, we had another child, so my wife, who was a big help in the beginning, had to care for the children full time." He laughs about it now, but it was no fun going through it. The store was opened six days week, 10 hours a day. On Mondays, he flew back and forth to New York to scout and buy new merchandise. Then he'd show up for work the next day, and on it went.

"That was my life for two years," he recalled. "No vacations. No time off." Deep sigh. Does he regret it? "No. It's the price you pay when you want to run your own business," he said. "And if you want to be a true entrepreneur, make sure the last person you listen to is you. The key is following your dream in spite of the naysayers and so-called experts. Be a renegade. Be gutsy. Yeah, be contrarian."