A New Model for Medicine

By Janet Holloway April 21, 2010
Opinions expressed by Entrepreneur contributors are their own. 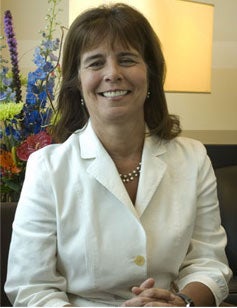 Linda Nash likes to start and build businesses--and then she likes to move on. She's now on her fourth business, as president and CEO Of PartnerMD, which offers concierge medicine of the sort seen on the TV show Royal Pains. She started PartnerMD in 2003, and she's built it into a multimillion-dollar business. But she's not looking to move on just yet. "There's more to do and learn," she says.

Now 55 years old, Nash started her first business right after graduating from college with majors in journalism and education. Both initial businesses took advantage of her educational background. The first was an after-school enrichment program, School's Out, which she ran for 15 years before selling it for $5 million.

She and a neighbor started that first business on a shoestring: They had $400 between them, and they arranged to run their after-school program out of local churches in Richmond and northern Virginia. The program caught on, and Nash bought out her neighbor after the first year. She expanded the program into the Washington, D.C., area, opening the first office park child-care center and partnering with Henrico Doctor's Hospital for infant care. These partnerships were important for businesses that wanted to recruit and retain professional workers with children. But Nash says her decision to sell the business was not a difficult one to make.

"Intuitively, I knew the time was right. It was a matter of raising more investor monies to roll out the program nationwide or sell it. I decided to sell," Nash says.

She tried staying at home for a while: playing tennis, spending time cooking for the family, doing occasional consulting on child care. "But I kept burning the cookies!" she says with a laugh. Her consulting helped preschool startups and chains with curriculum, design, business models and acquisitions. She was able to help a chain of eight schools find a national buyer by partnering with a merger-and-acquisitions firm.

Soon enough, Nash started another company from scratch, Compass Schools, offering best practices in a preschool and kindergarten environment. "I wanted this kind of environment for my own children and figured other mothers would want the same," she says. She served as CEO for three years; then, maintaining a share of ownership, she passed the baton to another owner. Nash is also a major shareholder of the family business,Track and Field News and Track and Field Tours.

Nash was briefly president and chairman of the board of The Attention Builders, which designed and promoted a biofeedback device. "This was during the dot.com boom-and-bust times, and I realized that getting FDA approval would take a very long time--too long to maintain the investment. So, I left." She conceived the idea for PartnerMD while on vacation in Montana, when she was thrown from a horse and hospitalized.

Efforts to contact her family physician in Virginia were fruitless. "The gatekeepers at his office wouldn't interrupt him. I wondered why we couldn't have service where doctors were on time, front-desk service was helpful and patient care was consistent." That's when she noticed the success of enhanced-care medical practices in other cities. Her research showed a coming shortage of family doctors, and Nash knew she was on to something big.

PartnerMD's services include annual in-depth wellness assessments, management of referrals and follow-ups, access to a personal physician 24 hours a day, via cell phone or e-mail, and even house calls when necessary. Patients in a concierge practice typically pay an annual retainer or membership fee of $1,500 to $3,000. Doctors in turn reduce their patient load--from as many as 3,000 to typically about 600--and promise same-day appointments and lots of preventive screening. PartnerMD started with one doctor and about 40 patients, and the practice has grown to 3,500 patients and 10 doctors in the McLean and Richmond area.

"My feeling was, I'll build it and people will come. And they have," Nash says. "We now have $7 million in revenue, 50 or more employees, and we're continuing to grow." She stays focused on ensuring quality services for clients and managing the growth process, rather than checking out the competition. "Since it's a new type of medical service, we're ahead of any competitors."

Nash's husband is on sabbatical in 2010, and she's hoping to coach other entrepreneurs and travel more. PartnerMD has scheduled a cruise to the Greek Isles in October 2010 and to Patagonia in 2011. "It'll be fun for staff, and there'll be some educational health presentations."

Her advice for other women starting entrepreneurial ventures:

"I would've been better at business if I'd had a mentor to work with, especially during the growth times. It's hard to maintain who you are while dealing with investors and venture capitalists who are mostly men," she says. "If, however, you're wired to be an entrepreneur, you'll enjoy enormous personal freedom and creativity. I highly recommend it."