By Gwen Moran January 26, 2011
This story appears in the February 2011 issue of Entrepreneur. Subscribe » 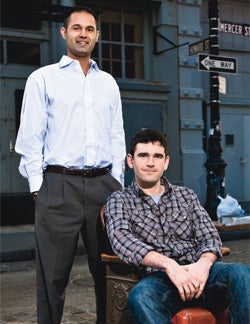 SeatGeek was inspired by frustration. Jack Groetzinger and Russ D'Souza, both avid concertgoers and sports enthusiasts, were fed up with the unpredictability of the secondary ticket market--reseller pricing that can swing from significantly higher than face value to cut-rate, depending on an event's popularity.

"From a consumer's perspective, it's confusing to know when to buy tickets because you can buy them one day and see prices go to half that price a couple weeks later," Groetzinger says.