Here's a look at three new gadgets that could raise your company's game.

By Jonathan Blum January 26, 2011
Opinions expressed by Entrepreneur contributors are their own.

One great thing about the technology show, the largest on the planet, is that normally tight-lipped electronics makers willingly show their hands. Even the most secretive of the bunch -- Dell Inc., Samsung Group and Microsoft Corp. -- display unreleased products, early demos and other not-quite-to-market versions. The idea is to drive early buzz and, perhaps, success in the market. Most demos at this year's show were strictly-for-consumer tablet computers, or advances in mobile devices. But some interesting pre-releases of tools small businesses can use were on hand. Here's a look at three that were shown off. 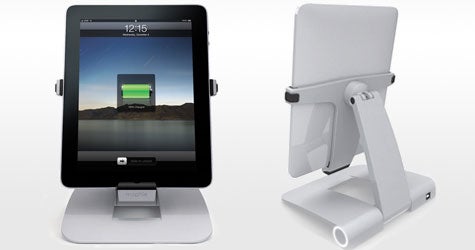 Mophie powerstand for iPad
What it is: A sleek, pivoting, aluminum charging and syncing stand for the Apple iPad.

Why it's notable: The Mophie powerstand is an attractive and professional solution for mounting an iPad so you or your employees don't need two hands to use it. It does a good job of keeping your iPad ready for business. The double-hinged, rotating base has an adaptor that can both charge your iPad and sync it with a computer. That makes it easy to manage Web-based business software such as word processing, scheduling and even simple inventory systems. It isn't hard to imagine a powerstand-enabled iPad service as an interactive terminal in professional services, health care or even a restaurant or hotel-management setting.

What to consider: The powerstand is no breakthrough product. As attractive as it is, it is still a simple peripheral with roots in the consumer markets. It isn't clear how durable the unit would be in high-traffic, retail settings. Also, security is a concern: The iPad just clips into the powerstand, making it an easy target for thieves. 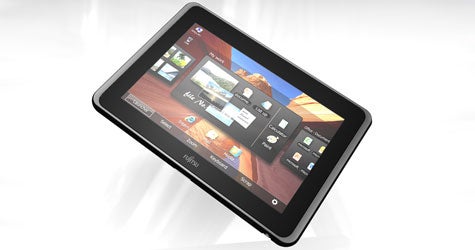 Fujitsu Unnamed Tablet Computer
What it is: A tablet PC aimed strictly at businesses.

Why it's notable: With this tablet, Fujitsu Inc., is addressing the limits of using a tablet in the work setting. This touch-based, Windows 7 slate PC sports work-friendly features such as legitimate security tools, a built-in cellular modem and enough sophisticated media connection options to support most sales functions, including popular video standards. Most importantly, the unit will come with a replaceable able battery. So while most consumer-grade tablets like the iPad simply die when the batteries run down, Fujitsu's unit can keep going with a freshly charged battery.

What to consider: Fujitsu is fighting for a niche in the dreadfully crowded tablet market -- tablet computers may be the fastest to-commodity item ever produced. As well-outfitted as this tablet might be, it is unclear if the company can make an argument for the cost of such a tool. 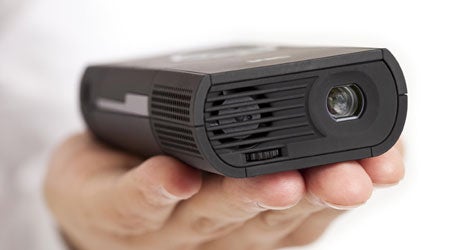 3M MP180 Pocket Projector
What it is: A palm-sized projector that can render a relatively bright image from any PC, mobile phone or table computer.

Why it's notable: Ultra-portable projectors, called pico projectors in the trade press, are the salesperson's ultimate secret weapon. Light and small enough to live in your travel bag, 3M's MP180 produces a 30-inch diameter image that is respectably bright in daylight. The unit offers a PC screen-level of resolution, two-hour battery life and full support for the Microsoft Office suite of software. Plus it has enough internal memory to store everything but massive work files. With the MP180 you can carry your elevator pitch and actually use it in an elevator.

What to consider: As flat-out effective as the MP180 is as an ad hoc sales tool, it is still a low-power projector that lacks the image quality of a first-quality business display system. It is not the thing to use for major presentations.