How Startup Weekend Got Its Start 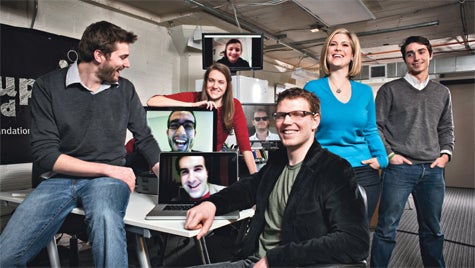 It's Sunday evening in a huge loft in New York City's Chinatown, and leaders of nine motley teams are presenting their ideas for startup businesses to investors, advisors and other wannabe Mark Zuckerbergs.

A small, bubbly, self-assured young woman energetically pitches an app to give travelers stranded in airports advice on how to fill the time (Amsterdam has a library! Central London is closer than you think!)

A middle-aged suburbanite talks up a should-you-go? app designed to determine how crowded a bar or concert is. A hipster with a shaved head touts a program that would showcase emerging artists. A fast-talking woman in her 20s speeds through an app for jumping the line in restrooms. There's a Craigslist for musicians only, and an app to project digital art onto public buildings. The ideas just keep coming.

During a break for a vote on the most promising plan, participants indulge in sodas, socializing and steamed buns from a nearby Chinese restaurant.

The winning team this weekend turns out to be the most practical. The three men conducted field research, visiting a park to ask young mothers if they would have rented maternity wear while they were pregnant, rather than buying it.

They also created an online landing page to gauge interest. In 18 hours they had 37 Facebook "likes," 80 visits to the site and 13 invitations requested. And Belliella.com was on its way, complete with the promise by a fashion industry insider serving as a judge that she would "open up my Rolodex" to help it make more connections.

This was the culmination of yet another Startup Weekend, a phenomenon that has spread around the world since a Boulder, Colo., entrepreneur in 2007 came up with the idea of gathering and motivating people who have business ideas but no clear idea how to proceed.

Participants meet on a Friday night and have 60 seconds to pitch their genius notions; they vote on which have the most promise, then split into teams matching their talents to projects and spend Saturday and Sunday honing their proposals. In 54 hours, a business can be born. To participate, all they need is $50 to $99 (fees vary city to city) and a dream. Meals--seven of them, plus snacks--are even included.

"It's a crash course in startups," says Shane Reiser, the New York organizer who is also chief operating officer of Seattle-based Startup Weekend.

Participants listen to experienced entrepreneurs and investors, make connections, consult experts and, in some cases, even find investors. Two to three speakers and four to six mentors, who are community leaders or well-known people who volunteer, judge the startup ideas. In June, the founders of Score.ly, an online and social achievement aggregation site, came away with $10,000 from AOL Ventures.

Marc Nager, Startup Weekend's CEO, says, "We pry the ideas out of them and help them take the next step, which is not paying lawyers thousands of dollars. We teach them how to roll up their sleeves if they have a good idea." (Not all teams stick together after the three days are over, but the experience teaches them the value of working together, and that does last beyond the weekend.) 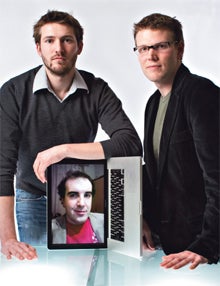 Since he and Clint Nelsen took over Startup Weekend from founder Andrew Hyde in May 2009 and converted it into a 501(C)3 nonprofit, they have staged 210 events in 35 countries. Twenty-five thousand aspiring entrepreneurs have taken part. This year, 130 events are planned in the U.S. and in cities as varied as Nice, France; Oslo, Norway; and New Delhi. The organization counts 800 startup ventures, of which 30 percent are still active three months later and 10 percent have gone into incubation or mentoring.

"Our mission is education, inspiration, empowering," Nager says. "It's really amazing to be in a position to really change people's lives. People come in with ideas but don't have the skills and meet people who do. Or they bond and get inspiration.

"We get a lot of 'what if someone steals my idea?' But a million-dollar idea is worth nothing if you're on your own. It's about the team, about the people. Startup Weekend draws people from all different backgrounds."

"There's a lot of value in testing an idea," Reiser says. "You get to talk about it with people and get feedback. You could find out it's a terrible idea and move on."

Startup Weekend has had its biggest success helping to launch cyberbusinesses, whether apps for phones or actual websites. "If you're building a prototype over a weekend, you go for tech," Reiser says, because you don't need an office, supplies or other tangibles, only digital assets.

One notable Startup Weekend alumnus is Foodspotting ("the best foods and where to find them"), which Time magazine named one of the top 50 websites of 2010. (It's also an app.) Users click on cities and request foods they're hankering for, and recommendations supplied by other users pop up. Founder Alexa Andrzejewski says it was born at a Women 2.0 Startup Weekend in September 2009, where she met her first angel investor, who offered her $5,000 on the spot.

Just as important, she says, she could "soak in feedback, advice and input" from the crowd and also learn legal basics from lawyers on hand. "Startup Weekend is a place where someone like me, who had limited connections in the startup world, can meet a few people who could introduce me to a few more people who could eventually make my startup real."

But Startup Weekend encourages alternatives as well. "In Malaysia we asked: 'What are you passionate about and how can you harness that?'" Nager says. "One girl said she was passionate about cooking, really serious about business, and by the end of the day she was taking orders for cakes."

As Startup Weekend has expanded, it has begun a global competition. One weekend, 30 events occurred, and the winner of each submitted a video for a vote online. The winner--Mimix in Beirut, a web and mobile app that translates speech into sign language--received donated prizes such as cash, electronics, legal services and a custom-designed website and video. 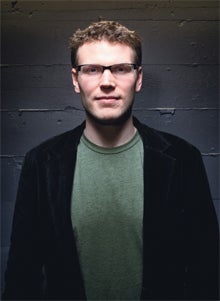 Reiser says 50 percent of participants go on to attend a second weekend, often in another city, to make additional connections. What's essential, he says, is "a diverse group, with a good mix of software developers and designers and others."

Sponsors, which include Microsoft, Amazon AWS, Twilio and oDesk, underwrite the organization. A recent grant from the entrepreneur-nurturing Kauffman Foundation allowed Startup Weekend to expand and hire more staff, bringing the total to eight. It also has 150 volunteers in cities around the world who recruit local sponsors.

When Startup Weekend enters a new city, a staff member flies in to organize an event, which needs at least 40 to 50 participants. The median age is 30, but 19- and 20-year-olds also attend, as do people in their 60s and 70s, says Reiser, who got his own start with Startup Weekend as a frustrated entrepreneur in Des Moines, Iowa.

"I met aspiring entrepreneurs who were always pitching ideas but no one was doing anything," he says. "They didn't know how to get started, didn't know people; they were fearful. I read about a Startup Weekend in Kansas City and thought I'd try it in Des Moines.

"Marc and Clint helped me build an event. I got that warm, fuzzy feeling when people were so grateful, said they'd made so much progress. I felt really good about what I'd done. I think I'd done 10 events before Clint and Marc asked if I wanted a full-time job."

Nager and Nelsen have their own understanding of startups, having essentially taken over the weekend concept and made it their own. "We went from 32 events to over 100 cities in nine months," Nager says. "It was a roller coaster ride, a startup ride all on our own. We didn't pay ourselves for well over a year. This was a quintessential eating-pasta startup. But we truly believed that we were needed, and here we are. No one is getting rich doing this. But it's an amazing thing to be part of."

"Our economy needs something like this," says Reiser, citing a Kauffman study that found 10 percent of new jobs created today are with companies that started in the last three years. "We need more innovation--more people are thinking of entrepreneurship as a choice."