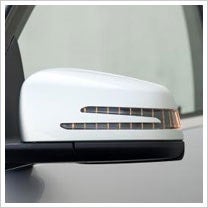 As if the economy, consumer confidence and tight credit lines aren't enough of a headache for budding business owners, Detroit and global automakers have started to rein in their car-lease programs. Some automakers have even eliminated them altogether. Entrepreneurs in the market for new car leases are stuck: Many independent business owners rely on such financing to provide reliable, late-model automobiles at affordable monthly payments that can be written off, at least partially, come tax time.

Chrysler shut off its in-house lease financing in August, and GM and Ford followed with announcements that they are cutting off their own lease-finance programs for SUVs and light trucks.

Leases are based on "residual value"--the difference between a car's sticker price and its projected worth at the end of a typical two- or three-year lease. This allows for more-affordable payments--$399 a month for a Mercedes-Benz C-Class, for example--because you have to turn the vehicle in after a few years, 24,000 miles and a short life of coddled maintenance; it will then be sold by the lease-finance institution, usually for a profit.

But, because of fuel costs and an increasingly belt-tightening consumer landscape, Detroit in particular has been losing money on those turned-in SUVs and trucks, which, it seems, few people want to buy--new or used. Auto credit has, in fact, experienced some of the same constrictions as the larger finance market, causing some auto dealerships to go belly up.

The problem has hit leasing hard: Nobody wants to be caught with the pink slip to a car worth less than its projected residual value. Here's a good analysis of the problem from Automobile magazine.

As a result, many entrepreneurs are looking elsewhere for their transportation financing. A survey of consumers released last month by market research firm Synovate found that 37 percent of respondents will look to used-car purchases instead of new-car leases. "The survey confirms what we've been hearing in the marketplace," says Michael Sheridan, founder of president of Global Debt Network Automotive, which commissioned the study. "American consumers are uncertain how they will finance their next automobile, and this uncertainty is causing them to consider a variety of options, including buying a less expensive new car, a used car, or postponing a purchase until conditions are more favorable."

There are opportunities, however. Many institutions are still offering leases for high-residual value cars such as the Mercedes we mentioned. Toyota is offering 0 percent financing to purchase new cars. GM is reportedly starting an ad campaign today to let potential buyers know that there are plenty of institutions out there that will offer leases for the General's cars. And websites such as LeaseCompare.com are touting an array of available lease programs. "There are still competitive lease and loan options available to consumers if they know where to shop," says Tarry Shebesta, president of LeaseCompare.com