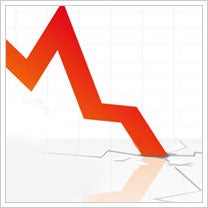 Three-quarters of those surveyed said their stores will be more cautious about inventory, and 88 percent say their retailers have plans for discounts and promotions to attract wary consumers. Most of the chiefs (65 percent) reported they don't envision an economic turnaround until at least late next year. "The pessimism among chief marketing officers this year is unprecedented and highly attributed to the recent turmoil in the financial markets," says Al Ferrara, a partner at BDO Seidman. "While there is much uncertainty in the retail sector this season, retailers have been consistent in citing reduced inventory purchases as a result of tightened credit and slow spending. Without a doubt, we can expect a very promotional environment that will appeal to cost-sensitive consumers, despite the impact it may have on shrinking margins."