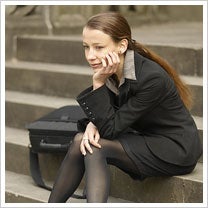 Results of a Discover Small Business Watch survey released today show that economic confidence among small business is lower than it has ever been since August 2006, when Discover began such research.

Nearly two-thirds of business owners polled said the economy was "poor," with 74 percent saying it would continue to decline, and more than half saying Congress' Wall Street rescue plan will have no effect on their own businesses. Likewise, more than half of those who responded said conditions for their own businesses would likely get worse in the next six months, with 38 percent reporting they're already seeing cash-flow issues, and 13 percent saying that they planned to lay off workers.