How To Be Happy: Trade the NASDAQ for a MMORPG

By Jennifer Wang October 29, 2008
Opinions expressed by Entrepreneur contributors are their own. 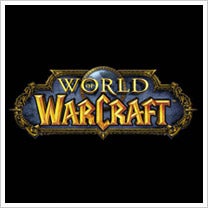 If you've never pwned someone in a World of Warcraft raid, you might not have experienced the magical power of MMORPGs (for the uninitiated, that's short for "massively multiplayer online role-playing games") to consume all the waking--and sleeping--hours of your life.

But given the economic beating we've taken this month, the time may be ripe for us all to stop looking down on obsessed gamers and join them in the virtual world, where the economy still seems bright, shiny and crisis-free.

For instance, there's actually good news left to tell in Second Life, the Linden Lab-developed MMPORG that allows users to create a decent online simulation of an industrious life, down to buying property, getting a job, and even starting up a business.

In fact, a stable and growing economy has developed around Second Life's virtual commerce, which includes sales of everything from land to clothing to, yes, genitalia. The best part: Haven't earned enough Linden dollars (L$) to buy what you want? No problem. Just use real currency. The floating exchange rate is favorable, and hovers around 270 L$ for every 1 US$.

Although you're essentially paying real currency for "fake stuff," you can also make real money, like Anshe Chung (online personality of Chinese businesswoman Ailin Graef), who was profiled two years ago as Second Life's first real-world millionaire, based on her online assets.

While MMORPG markets don't have as many constraints as their real-life counterparts, it sure is nice to see positive numbers for a change. In Second Life, at least, monetary policy is a cakewalk, residents are buying more real estate, and the number of businesses in the black continues to grow. In short, its 15.6 million residents are still in a happy place.

So I say, while the consumer confidence index may be at an all-time low, there's no need to throw in the towel until we hear that Second Life's economy is in a recession.