Joe "the Bummer"? Not 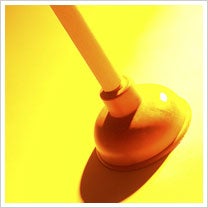 Now that Democratic Senator Barack Obama has won the presidential election in the United States, you might think that entrepreneurial campaign character Joe "the Plumber" Wurzelbacher is heading for the hills.

Think again. The Ohio handyman, who made headlines when he confronted Obama about a tax policy that Wurzelbacher argued is bad for small-business owners, has launched a website and preparing to unleash a book, Joe The Plumber - Fighting for the American Dream, due next month. Reports that Wurzelbacher has hired a publicity firm have stoked rumors that he might run for congress or embark on a country music career, but the self-styled plumber says he'll stick with speaking out about governmental change for now.

And, he says, he'll support Obama.

"Regardless of the outcome," Wurzelbacher states on his site, "I will get behind my president."