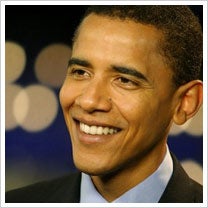 During the presidential campaign, a lot was made about what each candidate would or wouldn't do for small business--so much so that a guy whose name wasn't really Joe and who wasn't really a plumber became a national figure by asking how Barack Obama's tax plan might affect the hypothetical small business he couldn't afford to buy.

Now that it's all said and done, it would be easy to start worrying about what Barack Obama will do for small businesses as president. But rather than speculate, why not just take a close look at how Obama ran his campaign, which in itself was more than a little entrepreneurial.

First and foremost, Obama broke the mold. Like any entrepreneur, he discovered a different and better way to run for president. His highly organized ground game energized his base while also creating results in states his party hadn't won in years, if not decades.

Like any entrepreneur, Obama thought big. Even after only four years in the Senate, he believed enough in the need for change and his own ability to create it despite criticism about his lack of experience throughout the entire campaign.

Obama's politcal branding was clear and consistent, just like a successful small business. At the same time, his campaign was adaptable and nimble when it needed to be, creating effective messages on a moment's notice at key points in the race and adjusting to unexpected moves by the McCain camp.

Obama will have plenty of friends in Congress to help him pass the sorts of tax reforms he discussed during his run for the White House, and it remains to be seen how those reforms would affect small business. But his revolutionary campaign seems to paint a clear picture that, at the very least, he can relate to what makes a small business work.