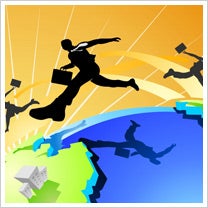 Some of the report's findings won't come as much of a surprise. In the immigrant-rich state of California, for example, where even its governor has overseas provenance, more than a third of new businesses registered each month are started by immigrants. Similarly, in Florida, Texas and New York, 30 percent of start-ups have immigrant roots.

Immigrant-owned businesses in the Golden State account for nearly one-quarter of business revenue there. Nationwide, Mexico contributes the largest number of immigrant business owners--255,300; Korea comes in second with 90,280.

"... In total counts and dollars, immigrants from Mexico contribute the most to total U.S. business ownership, formation and income," Farlie states.

Elon Musk Rips Into Joe Biden, Canadian Government: 'This Is the Path to Tyranny'

Human Design Is Your Key To Better Marketing

Staying Focused: How a Vision Board Will Keep You on Target in 2022