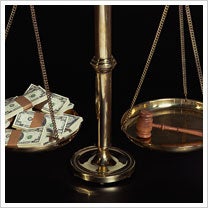 As an entrepreneur, it's natural for you to think your product or service is the only one of its kind. It's like being a parent: All parents think their children are beautiful and unique snowflakes. Only in small doses do you start to find out you might be wrong. And it even happens to the big boys.

This week, a European court blocked a bid by Lego to trademark the shape of its bricks. Legal mumbo jumbo aside, this is a big deal. After all, if any company deserves a trademark for a shape, it's got to be Lego, right?

But there's lots to be learned from this story. At the very least, it shows that even the oldest and most sucessful companies in their fields never stop dreaming. It would be easy for Lego to rest on its laurels. They created and revolutionized an entire genre of toys and they have theme parks to match. But they want that legacy etched in legal stone for all time.

On the other hand, this story is also a good example of not trying to reach too far. Lego probably has patents galore already, but a trademark? Those are usually reserved for logos, slogans and other intangible forms of intellectual property. It's not as bad as when Donald Trump tried to trademark "You're fired," but it's just as unnecessary. Lego's brand is already solidly built (pun intended). What more would they have to gain?