Is the Super Bowl a Business Winner? 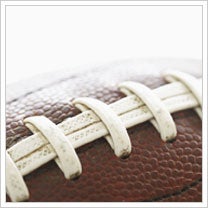 An O'Neil Associates/ASBA Arizona Economic Indicators Monitor poll of small-business owners in Arizona found that 44 percent of those entrepreneurs oppose spending public funds on hosting an NFL Super Bowl in their communities.

The results, reported in the Phoenix Business Journal, indicate that 66 percent of the business owners polled would support a Super Bowl if they felt the conditions would be advantageous, however.

Privateers fronted $13 million of the $17 million Super Bowl XLII cost the city of Glendale, Ariz., the publication reports. The state has called the game a success and is hoping to land another.

"We think this reflects the pragmatic nature of the small-business community," poll director Michael O'Neil told the Business Journal. The Super Bowl, he adds, "strikes us as a hard sell, but not necessarily an impossible one."