Meet the Spirit of Young Entrepreneurism... 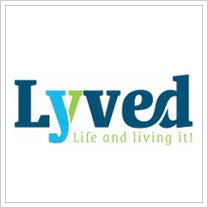 During my first semester of college, I started a website called Zaftig. I used a slow FTP server and a mildly senseless homepage-building program my parents bought me for Christmas when I was 16. I wanted Zaftig to be a community blogzine (before "blog" was in every sentence). My friends wrote articles, fiction and poetry for the site. I updated it with political links and my brother, at some point, drew a series called "The War of 2011: Vegetarians vs. Carnivores." It was a fun deal, but I became busy with college, postponed the site, and lost the passwords and software.

I haven't updated it since my freshman year of college, but you can still see it at www.geocities.com/zaftig_anarchy

And now that you've seen it, let's face it: I was ahead of my time.

Anyway, Andrew Galasetti contacted me some weeks ago with a pitch. I thought I was dealing with your average serial entrepreneur in his mid-40s, several companies under his belt, so self-aware and willing to admit past mistakes and lessons learned from them.

"I've attempted to launch so many ventures over the years, probably more than five. The only endeavors that became remotely successful were a search engine and bottled water company. The others failed because I was interested in getting rich quick and I wasn't fulfilling a need or servicing others," Galasetti says.

Here's the thing: Galasetti's only 20.

Based in Spring Lakes, N.J., Galasetti is the founder and editor of Lyved, a blogzine that covers business, politics, the environment, personal growth, etc. Lyved.com has already been featured on Esquire.com and Portfolio.com

"How are you able to do this at 20?" I asked, only a couple years older than he.

"Age is just a number. I think the circumstances I've had to face forced me to grow up quickly and take control of my own destiny," Galasetti told me.

I was stunned. I mean, Galasetti's not the first college student entrepreneur, but his kind only comes around sporadically. A lot of college students have a good sense of philosophy, but I rarely knew them to be wide-eyed entrepreneurs. He was taking the great wide open (thank you, Professor Tom Petty) and applying it to real-world diligence. I was fascinated with Galasetti.

However, I found myself growing more and more disappointed in college student Jake Kilroy of freshman and sophomore year. Why hadn't I followed through with Zaftig? Why had it been years since I was so wildly optimistic? I wondered.

And the more I wondered, the more I began having grand delusions of Zaftig paving the way for ventures like Lyved, as if Galasetti owed me as some kind of mentor figure. I didn't and he doesn't. I grew mildly resentful. And I knew he had heard it before.

"Usually criticism comes from internet trolls, so I just brush off what they have to say. Other times, the criticism comes from fellow bloggers. I was recently told that I knew 'nothing about blogging and even less about life,'" says Galasetti. "Comments like these make you think for a moment, but then you have to look at where they come from. Usually it's out of jealousy or frustration. So I don't really take them personally."

Why wasn't I as determined at his age? Why didn't I have as much faith in my ideas and schemes? Well, maybe that's all he's doing, I told myself. Maybe he's not working or going to school. Maybe Lyved is just a full-time hobby, I considered.

"Right now, I'm both a full-time college student and I work at a restaurant part-time to pay the bills," says Galasetti. "I have my plate full, but I'm having a lot of fun running this site and changing the world. If I continue to work hard and provide great content, without a doubt Lyved will be a huge source of income."

And once again, he reminded me of myself, as I worked at a restaurant for nearly five years with "bigger dreams." Growing more anxious about Galasetti succeeding where I quit, I slipped into rapid fire questions/accusations:

- If I wanted to start Zaftig up again, how could I turn Zaftig into Lyved?
AG: Firstly, I would definitely move to your own domain instead of Geocities. Then I would find a simple, clean design and create a professional logo. The site needs to be more visually pleasing, so I would include images with each post and change the black background. I would also not look to turn it into another Lyved. Think about being unique.

- Do you think that my Zaftig appears so "modest" in comparison to your Lyved because it was harder to make a website five years ago?
AG: I don't think it was harder to create websites five years ago. I just think the site needed more focus and it should have seized the power of open source blogging software and social media, which was just emerging at that time. But it's never too late to restart. Tomorrow is a new day and a fresh start.

- What do you think are the top three differences between Zaftig and Lyved?
AG: One, site design; Two, domain--it needs something short and hosted on your own server; Three, topic--Zaftig's seems to be very varied.

- Straight up: Do you think that your Lyved is better than my Zaftig?
AG: As of right now, Lyved may seem better, but with refocus, a new design and a lot of hard work, your site could surpass Lyved. It also depends on readers. Some might find your site to be better. But the web is so big that there's always room at the top for multiple sites.

- Would you let me write for Lyved if I provide Zaftig, your new rival, as a reference?
AG: Sure, as long as you aren't bashing Lyved, I welcome competition.

I shook my head. I had to hand it to Galasetti. I mean, who wouldn't? Come on, the guy's exceptionally nice, he's done everything right and his advice is solid. And he generally wants to help anyone he can.

Now recalling more and more memories of what I did at 20, I find myself increasingly invested in Galasetti. My friends and I were starting fake bike gangs when we were 20 while Galasetti already has sight beyond the site.

"The future for me as an entrepreneur is all about others. Lyved and every other endeavor I launch for the rest of my life will benefit others more than it will benefit myself," says Galasetti. "I plan on donating a lot of the profits from all of them to help social causes, other social entrepreneurs, the hungry and the homeless, and anyone else that is in need."

Again, Galasetti's 20, the age where my biggest obstacles were scoring beeer as a minor and lying to girls about where I worked (NASA, the FBI, the CIA, NATO, all the alphabet agencies launched during FDR's "New Deal," as I was a big fan of acronyms back then). But Galasetti already has perspective.

"When I was younger, being an entrepreneur meant that I would be able to get and buy anything I wanted: mansions, Lamborghinis, boats...to go to others, so that they can obtain basic needs like food and clean water," recalls Galasetti. "When I grow old, I'd much rather leave a legacy than a Lamborghini."

Now, I'm proud of the guy, as if he's proving that my generation has something to offer already.

Furthermore, Galasetti's the best sell for entrepreneurship. He's failed before but any doubt has been replaced with confidence. He's learned from any small mistakes he's made along the way (as a teenager). He works part-time, he goes to school full-time and he still has time to run a popular blogzine with contributing writers. He wants to change the world, he considers every opportunity as a possibility and he's so polite that I want to introduce him to my sister (whose interests include art, sports and Steve Martin, by the way...just so Galasetti knows).

Sure, Galasetti's young, but when has an entrepreneur ever succeeded as a cynic?

And that's where I went wrong.

Peloton Shares Rise After CEO Writes the Company is Considering Layoffs: 'We Now Need to Evaluate Our Organization Structure and Size of our Team'