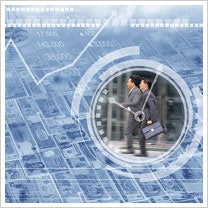 The latest UCLA Anderson Forecast for the California economy was released today, and it foresees a recovery from recession for the Golden State late next year.

It sounds like good news, and it surely offers some hope for entrepreneurs, but in the meantime the report says California business and unemployment will continue to falter, with any bounce back coming slowly in the fourth quarter of 2009.

Southern California business journalist Mark Lacter writes at LA Biz Observed that a possible increase in sales taxes paired with a rise in unemployment will be serious hurdles to an economic comeback for the Golden State.

"UCLA economist Jerry Nickelsburg says a lot will depend on several unknowables: when the bottom is finally reached in construction and finance, how great the drag on state and local employment will be, and when consumers return to the malls," Lacter states.
More from Entrepreneur