A Fine Line Between Clever and Corny: The Name Game 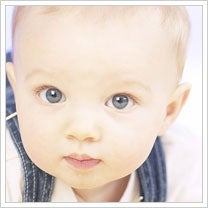 The folks over at babycenter released this year's list of most popular baby names, and it's the usual train wreck--desperate parents deluding themselves into thinking their children are unique and special snowflakes.

So what does this have to do with small business? Well, businesses and even ideas are entrepreneurs' babies. Now think about how many times, for good or ill, you've conjured an image of someone in your head based solely on that person's name. If someone did the same thing to your business, what would they see?

On the girls' side of this year's list, with the exception of Addison (after all, what parents wouldn't want to name their little girl after a crippling endocrine disorder?), there's been a refreshing shift back to classic and elegant names like Emma, Olivia, Sophia and Isabella. Given the unpredictable economy, maybe it's time businsses followed suit by getting back to their simpler roots. Success doesn't always mean doing something that's never been done. Sometimes it means doing something better than it's ever been done.

It's on the boys' side of the list where things really go south: Aiden, Jayden, Caden, Jackson, Logan. Were these kids born wearing sweaters around their necks? This is a branding nightmare at best. With some of these names, it's hard to even tell what gender the kid is. It almost seems like some sort of eerie reflection of how out of touch the business world allowed itself to get over the past year. It's the worst kind of attention-seeking excess and style over substance. The only saving grace in this year's top 10 is Jack. Now there's a good solid name you can trust--just the type of guy who could restore things to normal.

It might be an old cliche, but sometimes that just means it's always true: You never get a second chance to make a good impression. So when it comes to bringing your entrepreneurial vision to life, make sure to give it a name that reprensents everything you hope it will become.