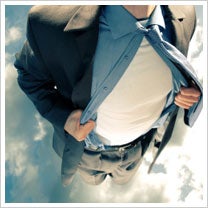 Batman and Ironman both saw some wild profits for their name this year, but nobody thinks to ask them for business advice.

And it's a damn shame.

When Batman has The Joker by his purple collars, nobody wonders about his employees' benefit plan.

And when Ironman is wrecking hell on MODOK, nobody asks, "What kind of expansion do you think his company sees? How are they doing in today's global market?"

But that doesn't mean that Batman and Ironman aren't businessmen underneath their suits. Hell no. In fact, the actual men, Bruce Wayne and Tony Stark, are two of the world's most famous business figureheads.

I think we should consider them to be two promising entrepreneurs. Though both initially inherited their companies from their fathers, they have taken their companies to new heights with greater goods. And I actually spent some time this summer discussing the matter.

Nearly every Sunday night this past summer, I would sit around a local Irish pub with three friends and debate the magnificent logistics of nonsense. For a solid month, we argued about being able to fight 100 kindergarteners (and I still say you can't do it).

Meanwhile, in these discussions, no matter how wild or ridiculous, the four of us would consider strategy, ethics and plausibility, while using an array of school subjects and real world applications. We took nonsense rather seriously.

And we love superheroes. So, naturally, it was only a matter of time before we argued the better entrepreneur and better company between Bruce Wayne (and Wayne Enterprises) and Tony Stark (and Stark Industries).

Batman and Ironman came up quite a bit this year especially because of The Dark Knight and Ironman. And of course, business came up, since, as "adults," we can now observe a larger portrait of either superhero.

I decided to finally have my three friends (James, Keith and Zuhair) provide some perspective as to what they thought of Bruce Wayne and Tony Stark as businessmen, company figureheads and, most importantly, entrepreneurs.

Here's what they said...

1. Where would you prefer to work?

"I'd rather work for a company that has more facets than just military technology, as diverse as that may be, and doesn't carry the whole 'creating war machines' stigma with it." - Keith

"I think it would be fascinating to be able to jump from department to department. It would almost be like being able to switch careers while staying on the same health insurance plan. Want to move from ship building to cosmetics but don't want to worry about moving your 401K? Just get a job at Wayne Enterprises." - Zuhair

"Other than making weapons, I really don't know what else Stark Industries does. In the movie, it looks like they have some kind of electrical gravity thing that scares and confuses me. I'd rather work at Wayne Enterprises where I can focus on making the world a better place with my ability to surf the web." - James

WINNER: Wayne, 3-0. The company can diversify. Sure, your business may have one hell of a start, but if you're not adapting or introducing anything new, there's a stale taste left in the consumer's mouth. Diversity is the key to progress and expansion. A great idea is a great start, but it might not be a great end.

2. Who would be a better business partner?

"Bruce Wayne is a playboy. He likes to sleep all day and party all night. Tony Stark knows what he and his company has to do, day in and day out: fight terrorism." - James

"If I wanted to go with a smart, responsible and creative partner who I knew for certain was also a superhero, well, I'd have to go with Mr. Stark. If, on the other hand, I wanted to take a serious risk, potentially losing lots of money, but at the same time getting to hang out with a plethora of super-hotties and riding around in the corporate Lamborghini, I'd have to partner up with good ol' Brucey." - Zuhair

"While both are unarguably ambitious and successful, I feel Stark is more profit-driven. Wayne inherited a giant fortune and an already successful business, with which he can comfortably sit back and manage, interjecting only when he needs some new gear. Stark inherited his father's company and made it wildly profitable. Not to say Wayne Enterprises hasn't grown over the years, but I think Stark would be more growth-minded." - Keith

WINNER: Stark, 3-0. He has his hands in everything. He's an extensively active CEO. And nobody wants a business partner to rake up the profits if he's not putting in the effort. If ever entering into a business partnership, make sure your partner is going to work as hard as you are. Your partner may be a great person, but nobody likes doing business with an angel who slacks off.

3. Who is more grounded to their entrepreneurial roots?

"Tony Stark is more grounded to his entrepreneurial roots. His company is his baby and he treats it that way. Wayne treats his company like his personal toolbox and leaves the day-to-day to Lucius Fox." - James

"Stark took his father's company and made himself the poster child for over-ambition and mind-blowing success. He strikes me as the kind of guy who you could lock in a room for a week with pen and paper and he would come out with a way to make some serious profits. Tony Stark is the proverbial 'MacGyver Entrepreneur,' if you will." - Keith

"I feel like I don't even have to explain the reasoning behind this one, so I'm just going to flat out say it: Tony Stark." - Zuhair

WINNER: Stark, 3-0. It goes back to dirty hands. Who has more of himself invested in his business? What company would you trust more: the one where the founder isn't sure what's going on or the one where the entrepreneur knows every single movement? It's a difficult balance between micromanaging and macromanaging, but you better know what's going on with your company.

4. Who had a better strategy for building up his company?

"While I don't know the answer to this question, I do know that in Batman Begins, Bruce Wayne has a great strategy for keeping hold on his company." - Zuhair

"Wayne, knowing right from the start of taking over the company that he was going to be a vigilante, was far more focused on his personal emotional goals, even to the point of appointing someone else as the CEO to be able to spend more time pursuing them. Stark didn't have this chip on his shoulder and was able to parlay his skills and knowledge into an extremely profitable living." - Keith

"Wayne hired a capable CEO, Lucius Fox, who can run the business while he fights crime. That is just irresponsible. Sure, he's out there jumping rooftops, wrestling Catwoman and speeding around in his fancy Batmobile, but what's going to happen when his employees strike or gas goes up to $80 a barrel? He's not going to fight OPEC. Stark, on the other hand, wakes up every morning knowing what his company is doing, where it's going and that he can use for the greater good of his company and the world. Plus he can fly. Batman can't fly." - James

WINNER: Stark, 2 to 1. Stark took some wrong steps with the ownership of his company, but Wayne letting someone else run his company shows a lack of interest. He's certainly capable of running a company, but his main interests lay elsewhere. An entrepreneur will always be trusted more if he or she is still running their company. Taking a step down is taking trust a notch down. Companies are more trusted when an entrepreneur's main interest is being an entrepreneur. Show an interest in your work and others will too.

5. Who made the most of their resources?

"Both created their personas and indeed much of their abilities to fight crime using all the resources that their companies afforded them. The main difference between the two is that Bruce Wayne used his money to go around the world and learn the skills of being a warrior from the best. He learned how to fight. He learned how to survive. He learned how to be like his enemy so that he could defeat his enemy. Stark never had to learn these things because he was able to build a suit that turns him into, well, Iron Man. You take that suit off and you're just left with Tony Stark. You take Batman's mask off and you've still got Batman." - Zuhair

"Stark was financially successful through every time period in his life, including his college days when he was an engineering prodigy. Wayne was more occupied with gymnastics and fitness at that age than he was with number crunching, deadlines and budgets. Not to say that Wayne was lacking in the smarts department. It's really just a matter of motivation. Stark was more motivated at a young age to be financially successful and, as a result, made more of himself, with less, at a younger age. That speaks volumes." - Keith

WINNER: Wayne, 2 to 1. Stark had less and built his company and himself up, but he stayed on the same path. Wayne Enterprises is always so ready to adapt because Bruce Wayne knows how to adapt. If you, as a person, can't adapt, how will your company change to a bigger picture? Always be ready to hear out new ideas, new themes, new products. Never be afraid to be new.

6. Who is an overall better CEO?

"Better CEO is Stark. He's hands-on, knows which direction he wants to take his company and works closely with his associates." - James

"Tony Stark. Everyone knows that Bruce Wayne is mostly just a figurehead. While he indeed runs the company, he really does view it as his own personal piggy bank. But instead of being filled with change, it's chock-full of sweet crime-fighting stuff." - Zuhair

"Stark. Bruce Wayne is the majority stock holder but doesn't even hold the CEO position of his own company. If it were only a matter of experience and Wayne stepped down from the CEO position because he believed Fox would be a better officer, that's one thing. But I feel he gave the position up solely so that he could spend more time on pursuing his emotional goals as an orphan. While admirable, I can't say that makes him a good leader." - Keith

WINNER: Stark, 3-0. It comes down to being hands-on and knowledgeable of everything your company is and does. An entrepreneur's favorite hobby should be entrerpeneurism. Appreciating your own work is the first step to gaining the appreciation of others.

7. Which is the overall better company?

"Wayne Enterprises. They're seriously just better at making, selling and developing anything than anyone else in the whole DC universe." - Zuhair

"Wayne Enterprises. The company is of conglomerate proportions and makes damn near every product under the sun. Maybe that's why Forbes estimates that Wayne Enterprises makes $10 billion more a year than Stark Industries does." - Keith

WINNER: Wayne, 3-0. The company is so diverse, everything from Wayne Chemicals to Wayne Entertainment. They do everything. They are able to adapt, progress and are much more active in charity work. Diversity has made them successful and likeable.

Now, this was the insight of three non-businessmen. Part II will include answers from experts and entrepreneurs. Come back for Friday's blog to see how different the perspective of a good leader and a good company is between businessmen/businesswomen and my three friends.