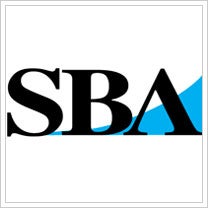 On Monday, the Small Business Administration announced that it was extending the comment period on the Women's Procurement Program until March 13, 2009. The original comment period was Oct. 1, 2008, through Oct. 31, 2008. This is good news for those who might have missed the opportunity to submit their opinion regarding the SBA's September proposal, which increased the number of industries in which women-owned small businesses reportedly are underrepresented from four to 31.

While some look at that as an improvement, others feel that number is still grossly under the mark, considering that the government lists 140 industry codes in which companies could be eligible for set-aside contracts with little to no competition. Lawmakers have called for set-asides to include at least 70 industries eligible under federal contracting regulations.

The issue is a long-standing one. Way back in December 2000, legislation was enacted to direct the federal government to set aside contracts for women in industries where they had been underrepresented. Seven years later, the SBA  finally issued proposed regulations for the Women's Procurement Program.

Then in November of last year, the U.S. Court of Appeals for the Federal Circuit struck down a legislative provision that sets a goal for 5 percent of federal defense contracting dollars each fiscal year to be awarded to certain entities, including small disadvantaged companies. While the ruling in Rothe Development Corp. v. Department of Defense applies only to small disadvantaged businesses that compete for Pentagon contracts, this could threaten other preference programs, including the Women's Procurement Program. Now the final ruling for the Program has been postponed by at least two months.

The delay in the Women's Procurement Program ruling is especially noteworthy considering that the extension will place the issue into the hands of the new Obama-Biden administration. It will be interesting to see how Karen Gordon Mills, Obama's pick for the new SBA head, will deal with the drama-laden issue.