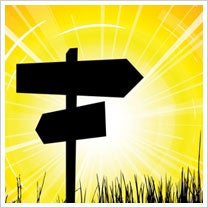 President Obama's $825 billion economic-stimulus proposal includes millions of dollars intended to fund alternative energy projects, the weatherizing of American homes and the upgrading of federal buildings so they are more energy efficient. It has some green-energy entrepreneurs excited about the prospect of a flood of federal dollars, but the plan is already inspiring resistance among Republican lawmakers.

"No single issue is as fundamental to our future as energy," Obama stated. "It is time for this moment of peril to be turned into one of progress."

Obama says the package would create at least 460,000 jobs and lay about 3,000 miles of alternative-energy lines. Firms specializing in solar, wind and hydroelectric power could benefit from the stimulus. As well, contractors that focus on weatherizing homes and making office buildings more energy efficient might be able to cash in.

"What a thrilling moment to have our new president put his vision into action for a cleaner and safer environment," stated Frances Beinecke, president of the Natural Resources Defense Council. "President Obama's announcement is a big step in fulfilling his campaign promises for a clean energy economy that will move America beyond oil, create new jobs and reduce global warming pollution."

Obama's plan still faces a battle in the U.S. Senate, where he hopes to start off his legislative agenda with broad support from both Democrats and Republicans--a tall order.