Incubators May Benefit From Federal Incubation 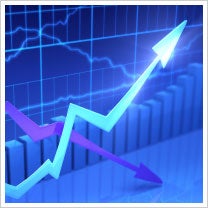 A recent study by the U.S. Department of Commerce Economic Development Administration asserts that using federal stimulus money to fund business incubator programs instead of using it to expand federal infrastructure projects is a better use of taxpayer dough when it comes to creating jobs and firing up the nation's economy.

The study (PDF), touted by the National Business Incubation Association as a guiding light for some of President Obama's $825 billion in proposed stimulus money, states that backing nonprofit business incubation programs is up to 20 times more effective than investing in community infrastructure projects when it comes to creating jobs.

Incubation endeavors are "more effective than roads and bridges, industrial parks, commercial buildings, and sewer and water projects" when it comes to creating employment, the study's author, Grant Thornton, argues.

"We agree with investing in highways, bridges and other elements of our aging infrastructure," states Dinah Adkins, head of the incubation association. "However, business incubators are critical components of the nation's entrepreneurial support infrastructure and the only public works projects that were designed entirely as job generators. It is vitally important that the nation leverage its existing investments in incubators to generate new jobs and innovations and to help individuals facing layoffs to start their own firms."