By Jennifer Wang January 29, 2009
Opinions expressed by Entrepreneur contributors are their own. 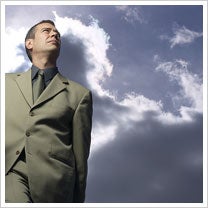 The forecast yielded insights on the state of the economy, the real estate industry, and the performance of the stock market.

Besides the depressing numbers, though, all three presenters made the point that consumer and investor confidence must pick up before the economy can recover.

Policano mentioned the "paradox of thrift," a term coined by influential 20th century economist John Maynard Keynes. The idea is that if everyone becomes a Scrooge, overall wealth actually declines. In other words, if you and everyone else you know stop spending, there will be less demand for products and services and, ultimately, workers ... and maybe the person who's suddenly out of a job is you.

In an earlier entry, I mentioned some grounds for confidence. I'd like to add another: change (or if you prefer, the occurrence of a business cycle) is inevitable, but not inevitably bad.

During his presentation, Policano showed the following chart and asked the audience to guess the economies.

Clearly, it's not the first time our economy has undergone significant changes, and the overall trajectory has been positive.

The scope of this crisis has and will continue to force painful adjustments, but as history demonstrates, there's an inherent opportunity to make things better. Haddad spoke of grabbing the "opportunity of a lifetime" in relation to buying a home, but these days, this can apply to a lot more things, not least of all the financial markets.