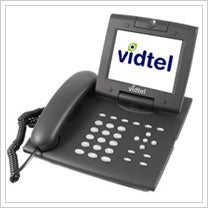 The subject of her e-mail was "Trying to buy a baby to put to work on blog.entrepreneur.com," referencing a previous entry of mine here on The Daily Dose. In her message, she added, "I know it's not a watch phone, but still cool for entrepreneurs," a reference to another recent entry.

My, how she played to my ego. I told her, "I'm always open to pitches, especially any that come with a sense of humor." But alas, I went on to explain that I'd pass along her pitch, but I didn't think I could write anything I don't have an interest in. I couldn't think of an angle for the blog, I said.

Referring to yet another previous entry, Biever wrote back, "Besides, what was your angle going to be on that 'hat' story...maybe I should tattoo a phone on my neck and show up with some beer and nachos, hmmmm?"

Then I realized that I had been exchanging e-mails with a PR person. I felt dirty and used. My diary would hear of this for weeks!

I kid, I kid. Since working here, PR has been hit or miss with me. I either want to be their worst enemy or their best friend. If they're too pushy, I want to pull them down. If they're easy-going and charming, I want to rely on them forever, like a sturdy wall holding my home together, constantly going back to embrace the painting hanging there in the dining room.

I get more than 20 pitches a day and I delete most of them without reading more than the first sentence. So, for Bevier to even get me to respond to her two or three times was something oddball.

Yet, I remain entirely guiltless whenever I drag a PR person through the ringer.

So I replied, saying that I'd consider writing a blog on Vidtel if she could answer the following three questions:

My Questions:
1) What is the best song to start off a road trip? I mean, as soon as you hit the highway, what song should be playing?
2) Why does everyone love American Idol?
3) What country does the following flag belong to?

Biever's responses:
1) Anything by Eric Hutchinson...or, "Life Is A Highway."
2) Because we put money down on how many toothless people would try out.
3) Mozambique.

Biever scored 1 out of 3 correct, and I thought that was good enough (the answer to #1 is "Baba O'Riley" by The Who, and the answer to #2 is "It remains a total mystery why everyone loves American Idol."

Also, I don't write enough about anything tech because I don't think I know enough about anything tech. I went to Best Buy two or three days ago and actually said something along the lines of "I need something to connect this to that," pointing to my father's video camera and a random computer display. When the Best Buy employee asked about the computer I would be using to transfer video, I stared at him as he used letters and numbers in an order and format that seemed like a foreign language to me. He could've been speaking French or Chinese and I would've understood the same amount, nodding stupidly as he spoke. Every once in a while, I mumbled, "Oh yeah...that thing...I would need that..."

However, nonetheless, there remains a practical opportunity to use Vidtel in the workplace. And I know enough about working in an office and using phones to be able to finish this blog accordingly.

The promise of the partnership is to provide an easier form of video-conferencing among small and medium businesses.

According to a press release, Vidtel says, "In addition to video calling, customers can also use their robust VOIP phone to make and receive regular voice calls to anyone in the world with a telephone number (i.e., mobile, international, local and long distance calls)."

"Small and medium-sized business have been lost in the shuffle between traditional phone service, high-end video conferencing services and low-quality PC-based video chat options, said Scott Charter, managing partner of WBS Connect, which has a network through North America, Europe and Asia.

But you have to wonder how many small and medium businesses have big enough arms to reach to farther continents and customers. Even domestically, can you substitute a business trip that includes a face-to-face meeting for something similar to avatar-to-avatar? And what exactly is "the shuffle" anyway?

Have smaller businesses been overlooked because of video-conferencing? I doubt it.

However, what Vidtel and WBS Connect are looking to provide may be a good way to consider business. Or at least in moderation. Video-conferencing seems to be the last bit of battling between too much involvement and not enough in the business world.

In some cases, yes, something as simple and casual as periodic video-conferencing can mean a more reassuring relationship between company and client/customer. It has the potential to provide the charm and warmth more often. No matter how many emoticons you shove in every sentence, a conference call can top that, as long as you actually are a charming and warm person.

But there may be a reason that smaller businesses aren't video-conferencing. For most, it's kind of unnecessary. Once a business grows, however, there comes a question of face time.

A small company can rely on its size for trustworthiness. A large company has to rethink things.

However, once a company starts growing more into a brand than a person, maybe video conferencing can be the saving grace. I mean, you're not going to call each customer and wish them a good morning. No, of course not. But you can let them know that there's a captain at the helm of the ship and not a machine.

But even then, you can't overuse it. Overusing video-conferencing is obnoxious. However, using it just the right amount can be pretty cool. Just practice on your family or coworkers first. Find your voice, find your facial expressions and find a comforting distance.

And most importantly, video-conferencing should be more of an addition, not a substitute. It should rarely replace meet-and-greets, face-to-faces, hand-to-hand high-fives.