Is Obama's SBA a Tool of Big Business? 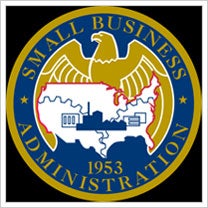 The American Small Business League has expressed concern that the U.S. Small Business Administration will continue to bow to big rather than small business as President Obama takes the reins of federal government largesse.

Under President George W. Bush, the SBA funneled billions in federal business to large corporations such as Lockheed Martin, even though the SBA is supposed to benefit small business with loans and government contracts.

So the league has had high hopes for the Obama Administration but is so far unimpressed, primarily because of the president's appointment of venture capitalist Karen Mills to head the SBA.

League president Lloyd Chapman argues that the National Venture Capital Association wants Congress to change the definition of small business to include their member investors, many of which are millionaires and billionaires. This would let them benefit from SBA-administered federal contracts.

Chapman says key members of Congress have received $1.2 million in campaign contributions from the venture capital industry, and that Obama's appointment of Mills might make it clear that he's in the association's corner as well.

As always, we here at Entrepreneur will be watching and reporting.