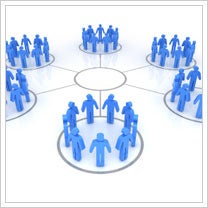 That little confession right there is the perfect tweet, at least as far as I know: It's exactly 140 characters, which is the maximum allowed by Twitter, and I didn't have to use LOL or ROTFLMAO once. OK, maybe those aren't the best criteria for the perfect tweet, but it's not bad for a first try--and, truth be told, it's not even a tweet. It's merely 140 characters in this blog entry. Don't judge me too harshly if I don't seem to have my tweet on, cuz, like I said, this is my first try.

I'm not an old guy--I'll be 40 later this year--but my younger charges sometimes look at me like I grew up in a sod hut with dirt floors, especially when I say things like, "I'm not on Facebook" or "I'm not on MySpace" or, until just recently, "I've never been to YouTube." (The stereotype is furthered by the fact they all grew up in California and I grew up in small-town Iowa.) So I've been thinking about this whole social networking thing and this microblogging thing lately.

I know business owners out there are being told about Twitter's capabilities and its relevance to their hoped-for customers. And as I'm thinking about the real value for our time-strapped readers, what should land on my desk but Twitter Power: How to Dominate Your Market One Tweet at a Time, Joel Comm's ode to the haiku of blogging.

Comm says business owners are missing out on huge opportunities by not taking advantage of the marketing possibilities Twitter offers. After all, Starbucks, Apple, Whole Foods and other large companies are implementing tweet strategies--why wouldn't you? Well, lack of knowledge on the topic is probably a common answer. Which is likely why Comm dedicated 232 pages to a medium that allows 140 characters.

For biz owners who don't know, some of the basic etiquette that has sprung up in the Twitter community, according to Comm, includes:

Other chapters of special interest to business owners include, "The Magic of Connecting with Customers on Twitter," "Using Twitter to Help Build Your Brand," "Leveraging the Power of Twitter to Drive Behavior in Your Followers," and "Building Powerful Solutions of Top of the Twitter Platform."

Chapter 13 is a 30-day diagram for putting together a plan for dominating with Twitter. And in the true spirit of micro-everything, the entire 30-day plan for microblogging dominance covers just 10 pages. And the action plan for four of the days is "Have fun."

I'll have to dive deeper into the book to find out more, and maybe even get on this new-fangled technology myself. For now, my second non-Twitter tweet: Maybe this Twitter thing deserves second look. It certainly has a better ROI than skywriting and I can follow MC Hammer or Shaquille O'Neal.