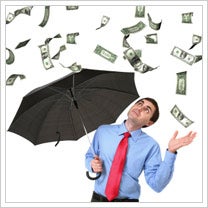 The $787 billion economic stimulus package signed into law by President Barack Obama this week contains $116 billion in tax cuts for individuals, more than $53 billion for education and job training, and north of $10 billion for health, science and research.

But there's nary a penny explicitly set aside for startups and entrepreneurs. In fact, the closest you'll come to finding any such stimulus is the package's extension of an existing small-business deduction that allows owners to write off $250,000--double the amount set in 2007--worth of office equipment, manufacturing gear and vehicles.

To advocates who say American small businesses employ and create the majority of job positions nationwide, the stimulus is more of a drag--and is possibly even short-sighted.

During his campaign last year, Obama acknowledged the economic power of entrepreneurs, promised to boost small business owners, and proposed to seed new business incubators with $250 million in federal funds. "Small businesses employ half of the workers in the private sector in this country and account for the majority of the job growth," he acknowledged at a campaign stop in October.

At the time Obama had just released his "Small Business Emergency Rescue Plan" (PDF) and called for the U.S. Small Business Administration to administer more loans through its disaster lending program. But so far, he hasn't walked the walk, observers say.

Bill Rys, tax counsel for the National Federation of Independent Business, says even the stimulus bill's main lifeline to entrepreneurs--its Section 179 business gear deductions--could be of limited value at a time when owners are cutting their equipment expenses. "We're seeing those types of investments really slowing down," he says.

"We certainly would have liked to have seen more provisions directly targeted to small business, especially mom-and-pop operations," he says. "There's little in the bill that speaks directly to them."

Job creation is a key to economic recovery, and there's little in the package that will inspire the nation's biggest employment sector--smaller businesses--to hire, argues American Small Business League president Lloyd Chapman. "A stimulus bill with no provision for companies that create most new jobs," he says. "That's a problem."

The bill does put billions of dollars into repairing and upgrading infrastructure such as roads and bridges, and related projects will likely trickle down to some smaller contractors. And its tax provisions will give individuals, including most average entrepreneurs, more than $100 billion in total breaks. But Chapman maintains that the stimulus is "insignificant" when it comes to small business.

"Most Americans work for small businesses," he says. "We must protect this great resource."
More from Entrepreneur