Entrepreneurs on the Final Frontier 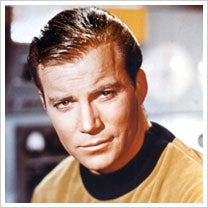 At the start of every episode of the original Star Trek, Captain James T. Kirk would intone, "Space, the final frontier. These are the voyages of the Starship Enterprise. Its five-year mission: to explore strange new worlds, to seek out new life and new civilizations, to boldly go where no man has gone before."

Space exploration seems about as irrelevant as you can get when the global economic crisis is sinking industries left and right, but when speaking about the recession, President Obama often refers to the power of imagination and his belief that unflagging entrepreneurial spirit will offer a path to recovery and future prosperity. In my mind, the individuals involved in private space exploration are closer than anyone else to embodying that notion in its purest form.

When I spoke to John Gedmark, the executive director at the Personal Spaceflight Federation, he noted that the technology required for space flight (a term preferable to space tourism) already exists, but the challenge is building spacecraft that can provide a service for repeated use, and the most obvious barrier for would-be space entrepreneurs is capital. Building rockets--and hiring rocket scientists, so to speak--is an expensive endeavor, so the roster is limited to players like Richard Branson of Virgin and Amazon's Jeff Bezos.

Given the history of success for these ultimate entrepreneurs, it should come as no surprise that they're getting close to a breakthrough. "Something big is on the horizon," Gedmark says, asserting that private space exploration is more alive today than it ever was before, including when Burt Rutan won the $10 million Ansari X PRIZE in 2004 by building the first privately funded craft to enter space twice in two weeks. "You have about a half-dozen companies that have the technical know-how and financial backing to credibly pursue space flight as a private enterprise, and they are going ahead with their vehicles as quickly as hardware development and tests allow for. We should see the first commercial activities in 2010," he explains.

Most intriguing to me are the parallels to the commercial aviation industry, which really started to take off (ha ha) during the Great Depression, a time of unrivaled economic strife. Similar, too, are the passion and pioneering spirits of the first aviators, who, as Gedmark points out, were seen as "barnstormers" because they were doing something incredibly risky. The description certainly applies to those leading the charge in the commercial spaceflight industry. "You put the question of 'How would you spend your time and money if you could do whatever you wanted?' to some of the most brilliant and successful people in the entire world ... and over and over and over again, the answer is that they want to go to space."

If Gedmark's predictions are right, we will soon see the first groups opening up the final frontier to enterprise, and once they do that, there will be plenty for successive waves of entrepreneurs to do. Who knows what business ideas will be dreamed up?

Sadly, Captain James T. Kirk will not play a further role in all of this. In 2006, Richard Branson reportedly offered William Shatner a free ride on Virgin Galactic's first commercial flight, slated for 2010. Shatner replied, "I'm interested in man's march into the unknown but to vomit in space is not my idea of a good time. Neither is a fiery crash with the vomit hovering over me." Thus, the Priceline Negotiator will remain conspicuously absent, despite the greatest fare to be found.

Note: Space Adventures currently offers extended orbital flights for approximately $35 million. However, the commercial spaceflight industry involves sub-orbital space flights, comprised of quick, but thrilling, rides into space. Price-wise, it's likely to be a couple hundred thousand dollars vs. millions, at least until headcounts go up.