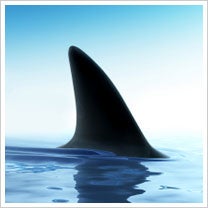 Mark Burnett, producer of CBS television's Survivor, has teamed up with the rival ABC network to produce a reality show in which entrepreneurs pitch business ideas to multimillionaire moguls.

The seven-episode series, Shark Tank, is based on a successful reality show in the U.K. of the same formula - Dragon's Den, according to the Hollywood Reporter. In the show, the tycoons have to be convinced to invest their own money into an idea, the Reporter states. If they don't, the entrepreneur is eliminated.
"People are looking to be entrepreneurs to get ahead, yet there's no way anybody can go into a bank right now and get a loan," Burnett told the publication. "For these entrepreneurs, these sharks are their last stop."