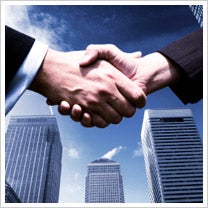 Google has established a venture capital fund that will be formally unveiled tomorrow, The New York Times reports. The fund could be seeded with as much as $100 million.

Its focus will, as might be expected, include internet ventures, clean technologies and life sciences. The fund will be run by David Drummond, senior vice president of corporate developing and chief legal officer at the web-search giant, the paper reports. "A lot of the things we have done in the energy area [are] the kinds of things you might see from Google Ventures," Drummond said.

The Times reports that the fund will tap the recommendations and connections of Google employees, and that two companies have already received Google capital.