Retail Down But Steady 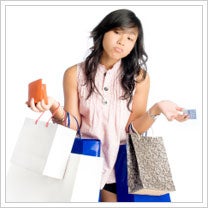 Retail sales in the United States were down 1.6 percent in March compared to the same period last year, according to data firm Retail Metrics. At least part of the drop was blamed on the Easter holiday shopping season moving to April this year.

What's more, some stores, including JC Penney, Wal-Mart, Hot Topic, American Eagle, Aeropostale, TJX, Ross Stores, and Cache all saw sales increases versus March of 2008.
"We remain well positioned for today's economy," Wal-Mart vice chairman Eduardo Castro-Wright stated today (PDF). "People are choosing to spend money in key discretionary categories across the store, and this is translating to improvements in several areas of our business, including home."

Retail Metrics, meanwhile, reports that 40 percent of the retailers it tracks beat March sales expectations. Drug stores comprised the only category that saw March gains -- with a 0.3 percent boost in sales.

"I think we're six-plus months away from settling into recovery," Matthew F. Katz, a managing director in the retailing practice of AlixPartners, told The New York Times. "We still have to flush out everything that happened to us, and we're just not there yet."