Stimulus to Spark 'Explosion' of Innovation

By Jennifer Wang April 15, 2009
Opinions expressed by Entrepreneur contributors are their own. 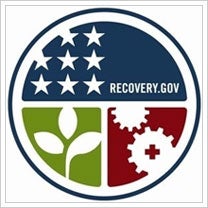 Checking Slate.com's Change-o-Meter has become a regular part of my morning work routine. For the uninitiated, the Change-o-Meter is an amusing little graph that evaluates the Obama administration's actions on a scale of 1 to 100, bookended by "Politics As Usual" and "Change We Can Believe In." This week has been an especially good one for the White House, which yesterday rated an impressive 45 for easing certain trade and travel restrictions with Cuba.

Sadly, on February 17, the day President Obama signed the stimulus bill, the score was an underwhelming 13. Not so good, say critics, who might point out that the brazenly bipartisan manner in which the legislation was pushed through--with just three Republican votes--forestalls any hope of real cross-party collaboration.

But still. For such a sweeping piece of legislation, the American Recovery and Reinvestment Act of 2009 boasts a few promising elements. For one, it has a genuinely cool logo (see picture at top) that combines an attractive design with the message that sustainability and manufacturing are the bill's main priorities. That could be an encouraging sign that concerted efforts are being made to connect with people.

Plus, the push for transparency makes me even more hopeful that it's not business as usual, at least for this piece of legislation. So far, the government's official economic stimulus website has done a fair job of tracking spending and providing useful updates. As taxpayers, having the data be so visible results in more accountability, and helps ensure our dollars are put to better work. Yes, there's a ways to go, but the effort is appreciated.

And this brings me to a very interesting interview I had with Michael Balsam and Eric Gillespie, chief solutions officer and senior vice president, respectively, of information aggregator Onvia. Onvia's stimulus website also tracks bill spending, but with a decade more of private-sector investment and experience, probably does the job better than its government counterpart.

Both Balsam and Gillespie insisted, quite rightly, I think, that if promises for more transparency are met, there will be a significant amount of start-up activity created around the democratization of data.

The data on Recovery.gov is just the "tip of the iceberg," Gillespie noted. "The stimulus is the spark that's going to light the fire. When the data is put in the public domain, you're going to see this explosion of innovation in areas that you can't even fathom."

As an example, they pointed to the internet (yes, the internet) and how it originally sprang from the work of the National Science Foundation and Defense Advanced Research Projects Agency. And more: when patent data was exposed, licensing markets were created for industries ranging from tires to medical devices; the release of human genome information triggered massive innovation among pharmaceuticals; and even more recently, geo-spatial data has been harnessed to provide opportunities for makers of phones and other mapping services.

It goes without saying that all this hinges on whether the administration follows through on its commitment, and faces down the "Herculean challenge" of figuring out how best to aggregate all the data.

"But once they do," Balsam stressed, "it really has the potential to create a new wave of entrepreneurial startups in many, many areas."

Chop, chop, then. There's plenty of headway to make on the Change-o-Meter.