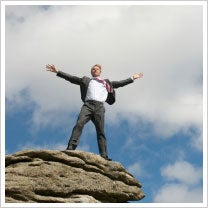 Venture Capital investment has shrunk to its lowest amount since 1998, falling 50 percent compared to the same time last year, according to a report in today's Los Angeles Times.

The news cites data from Dow Jones VentureSource, which reports that reports an 8-month drought for VC-backed initial public offerings, too. Information technology was one the sectors hit hardest, dropping 52 percent to $1.58 billion in total VC capital for the first quarter of 2009. Some investors are seeing highlights in the lows, however, arguing that perhaps too much VC money was flowing too freely during the dot-com and real estate bubbles. A return to pre-dot-com levels could be good, they say.

"We're back to the basics now," Tech Coast Angeles Inland Empire Network president Mike Napoli told the Times, "and I think it's really quite healthy."