Business on the Rebound? 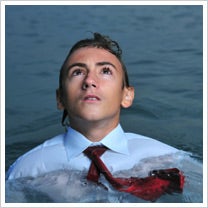 Wisps of hope are appearing in economic indicators, and in two recent surveys--American Express OPEN's Spring 2009 Small Business Monitor and the latest Leadership Pulse--it appears that optimism and confidence in the business world are on the rise, too.

Earlier this week, Alice Bredin, small business advisor to American Express OPEN, told me that the semi-annual Monitor survey was a gauge of the temperature in the small business community--what it's experiencing, what it's doing and what it's planning to do.
The spring 2009 results: 40 percent of business owners are optimistic about business prospects over the next six months; 77 percent of entrepreneurs believe the recession has made them better business owners; 37 percent believe the economy creates opportunity; 31 percent identify themselves as "survivors"; and 28 percent describe themselves as "opportunists."

At 18 percent, the rate of business owners working a second job is "striking," said Bredin, who admitted she's never heard of so many entrepreneurs having more than one job. "It speaks to me about the ingenuity of the small business owners and their ability to find ways to just keep on keeping on."

Although they may still be having a hard time, fewer are feeling negative now (39 percent) than in the months since the last survey (44 percent) and an interim survey in January, when the rate reached an appalling 50 percent.*

"The low point for business owners was really late last year," Bredin explained. "That was a tough time for business owners because it was so new, and they weren't sure what they were going to do to survive. Now ... they have a few months of operating in these challenging times under their belts and that gives them confidence."

Similarly, the quarterly Leadership Pulse conducted with The Center for Effective Organizations at the University of Southern California Marshall School of Business reports a growing confidence (and energy level) among business leaders.

According to Theresa Welbourne, USC professor and head of the study, the downturn has ignited a drive to succeed. In a press release, she stated, "While they remain negative about the economic outlook, senior managers are becoming more positive about the ability of their organizations to cope with a world that has changed."

And from whither the optimism? Who knows, answered American Express's Bredin. "There are government plans in place to address some of the problems, and some companies have reported mildly decent quarters, but I think people just aren't feeling quite as gloomy, and optimism is an intangible."
_

*To put this into historical perspective, the highest negative response rate prior to 2008 was 24 percent, in the spring of 2003.