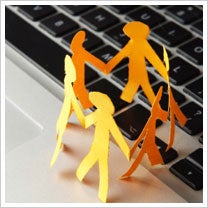 According to the Discover Small Business Watch monthly report, 38 percent of entrepreneurs surveyed said they used Facebook, Linked-In, My Space or Twitter, up from 22 percent in October of 2007.

A little less than half of those people, however, said they used their social-networking accounts to promote their businesses.

"Of those who use the internet to network, more say they use it for purposes other than getting new business leads," states Ryan Scully, director of Discover's business credit card. "I think this speaks to the fact that there just aren't as many leads out there - on the internet or elsewhere - and open-minded small business owners are trying more avenues to develop new prospects."

Discover notes that 62 percent of entrepreneurs surveyed don't have websites for their endeavors.