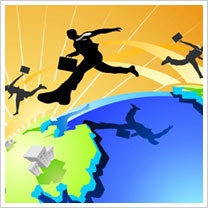 Entrepreneur is at the Beverly Hilton in Beverly Hills, California for the Milken Institute's 2009 Global Conference. The event brings together some of the most respected minds in business, government and academia to deliberate the challenges facing the world.

With more than 120 panels and an agenda starting at 6:30 a.m., it was decidedly rough choosing which sessions to attend. (And it was with heavy heart that I decided against the "late night" panel on team building with Duke University and U.S. Olympic basketball coach Mike Krzyzewski.)

But here are notable insights from the panelists I did hear.

U.S. Overview: When Will Growth Resume?

Antonio Villaraigosa, Mayor of Los Angeles--
The government isn't good at creating wealth. They should focus on creating situations where you can create wealth.

Michael Miles, president of Staples Inc.--
Small business spending comes back faster than spending from big companies. Last year hit small businesses and consumers hard, but in 2009, the corporations will be hurting more.

Douglas Elmendorf, director of the Congressional Budget Office (CBO)--
The CBO projects GDP growth of 4 percent in 2010 and 2011, and expects slight growth for the last half of 2009.  Regardless of how the policies turn out, though, Washington has taken creative and vigorous steps, and people should be impressed by the strength of the actions taken.

Michael Boskin, Stanford University professor of economics--
The economic stimulus will help the economy "a little," but growth is going to be slow until the private sector can operate independently. Unfortunately, it will be several years before we see robust private-sector growth. Concurrently, the net effect will be a large tax increase, equivalent to approximately $163,178 per family of four.

Financial Recovery: When and How?

Ken Griffin, founder of Citadel Investment Group LLC--
We all participated in creating the economic crisis, but Wall Street has become the target of most of the anger. Mortgage equity withdrawals during the housing boom were equivalent to a 7 percent pay raise (think a $3,800 stimulus check) per household. We need to deflect that anger into something more constructive.

Mohammed El-Erian, CEO of Pacific Investment Management Co. (PIMCO)--
The economy will eventually pick up, but the more pressing question is what kind of methods businesses and industries will employ during the recovery. Will they pull each other up or push others down as they struggle to survive? The choices we make now will have far-reaching impacts.

The New University and Its Role in the Economy

Susan Hockfield, president of the Massachusetts Institute of Technology (MIT)--
A February 2009 Kauffman Foundation study revealed the tremendous entrepreneurial impact of MIT alumni, who have founded approximately 25,800 currently active companies that employ 3.3 million people and generate annual global revenues of $2 trillion. This is evidence that institutes of higher education are important not just because they produce innovations, but also innovators as well.

Luc Vinet, rector (president) of the University of Montreal--
Unfortunately, a circular conflict exists between business and higher education. Local and municipal governments of college and university towns often try to attract companies with tax breaks. But, that ultimately hurts the universities that rely on government funding. That tension needs to be resolved so that universities can stimulate the economy to greatest effect--by educating future entrepreneurs.

Retail and the Changing Consumer: Where People Will Spend

Adrianne Shapira, managing director at Goldman, Sachs & Co.--
Right now, it's dangerous to cut back on advertising, and it's very important to prepare your company for whatever the future holds. No matter what shape the recovery takes--whether it looks like a U, V or L--you will still need to be better than your competition to come out OK in the end.

David Simon, CEO of Simon Property Group Inc.--
This kind of retail environment can actually be conducive to an entrepreneur finding the "next big thing" in retail. And if the opportunity does arise, the up-and-coming will find parties willing to nurture them.
_

For tomorrow: new venture capital ideas, entrepreneurship's role in the recovery and Nobel laureates on capitalism.

This year, videos of panels will be made available here.