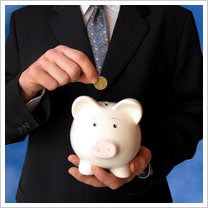 The Conference Board Consumer Confidence Index reached its highest level in 2009 in April, gaining 12 points from 26.9 in March.

The spike was "driven primarily by a significant improvement in the short-term outlook," states Lynn Franco, Director of the Conference Board Consumer Research Center. Its "Present Situation Index" also posted a gain, which is "a sign that conditions have not deteriorated further, and may even moderately improve, in the second quarter" of the year, she added.
Of the 5,000 American shoppers surveyed, 45.7 percent said business conditions are bad, a decrease from 51 percent in March. Those who think conditions are good increased to 7.6 percent from 6.9 percent. Consumers who think improvement is coming to business increased to 15.6 percent from 9.6 percent.

"The sharp increase in the 'Expectations Index' suggests that consumers believe the economy is nearing a bottom," states Franco. "However, this Index still remains well below levels associated with strong economic growth."