Jennifer Wang
Guest Writer
Writer and Content Strategist
May 6, 2009 min read
Opinions expressed by Entrepreneur contributors are their own. 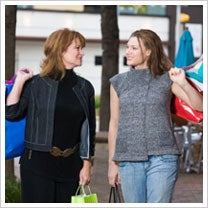 Moms are getting a raw deal during this recession. They were early to give up their own material wants during Christmas, but where their children are concerned, it's not exactly a two-way street.

The National Retail Federation and industry research firm IBISWorld have unveiled some depressing projections for Mother's Day, coming up Sunday. NRF's 2009 Mother's Day Consumer Intentions and Actions Survey places total spending at $14.1 billion (just above $12.73 billion in 2009 Easter spending), noting that Americans will spend an average of $123.89 per person, down from $138.63 last year. IBISWorld expects gift giving to drop a steep 14.7 percent, to a mere $12.9 billion (just 1.6 percent of the amount the government will spend on the stimulus).


Take a look at these poor showings across all gift-giving categories:

According to the IBISWorld report, more consumers will shop at discount stores, downgrade purchases and eat at home. In a statement, senior analyst George Van Horn said the economy appeared to be in a "steep" downward trajectory. "With the economic picture so unclear, gift giving just isn't in many household budgets--even if it is for Mom."

As for Dad, the numbers for Father's Day aren't out yet. But judging from last year, they won't be pretty.
___

*Are you serious? Not even a greeting card?!