Video: Entrepreneurs Can Change the World

Jennifer Wang
Writer and Content Strategist
home
May 8, 2009 min read
Opinions expressed by Entrepreneur contributors are their own. 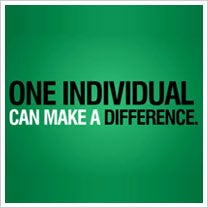 "Join the entrepreneur movement. Stimulate the economy. Spread the word."

That's the description for a sleekly designed video released by the newly re-branded Grasshopper (formerly gotvmail), a company that provides advanced business phone solutions for entrepreneurs.

The music is composed by Carly Commando (creator of the NBA Playoffs' "Where Amazing Happens" theme song), the animation done by visual designer Ben White.

Earlier today, I spoke with David Hauser, Grasshopper's co-founder and chief technology officer, about the video and the re-branding campaign, which includes ...wait for it ... sending 5,000 bags of chocolate-covered grasshoppers to the most influential entrepreneurs and innovators in North America. (These were FedExed yesterday and should begin arriving Tuesday, so more on that later.)

Here's what he had to say.

On inspiration for the video:
We wanted something that spoke to our customers. We truly believe that entrepreneurs power this world. They are going to save our economy, and the more attention we bring to that, the better.

On what they hope to achieve with the video:
We want people to see and share this video and feel one of two things. Either they are inspired to go out and do something they felt they couldn't do before, to create the job they've always wanted and go out and start that for themselves; or, they're reminded of why they're doing what they do every day. There are a lot of challenges, a lot of ups and downs, and sometimes it's just nice to remember what the larger impact is.

But now's the best time.