Next Article Add to Queue
Dennis Romero
May 11, 2009 min read 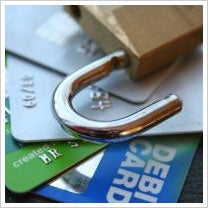 As the U.S. Senate considers legislation that would allow credit card users, including countless entrepreneurs, to return to their previously lower rates after six months on-time payments, a recent Business Week report found that JPMorgan Chase "suspended credit lines for a large number of business owners" in March.

It's good news and bad news for the struggling Main Street shopkeeper. Under the Senate proposal, credit card issuers couldn't raise rates until a customer is at least 60 days behind in payments. Terms would be reviewed every six months, too.

The legislation comes on the heels of Center for Responsible Lending report that found 10 million cardholders in good standing saw rate increases in the last six months, with many of those rate hikes amounting to 10 percentage points.

The Senate proposal would also require lenders to: give 45 days notice before boosting rates; mail bills 21 days before they're due; eliminate fees for online and phone payments; and ban over-the-limit penalties unless the customer knowingly went over his or her limit.

Meanwhile, JPMorgan Chase's elimination of many small business credit lines apparently targeted accounts opened at Washington Mutual, which Chase took over in fall. According to Business Week, the singled-out customers were given the options of paying off their balances, going into default or converting the credit to a pricier term loan.

Sources tell Business Week there has been an acceleration in credit-line cancellations for small business owners, likely as a result of 2008 tax returns being on the record and perhaps showing dismal revenues for the year for some entrepreneurs.