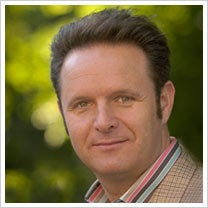 Banks aren't lending like they used to. Credit card companies are reeling in their lines. Even the in-laws are tapped. But there's still one outfit that's offering a lifeline to the startup hopeful: Shark Tank, a forthcoming reality show on ABC, is looking for entrepreneurs with original business concepts and exceptional drive. Participants will be competing for serious startup capital, advice and support from five deep-pocketed business owners. Winners won't get a new car or a trip to Hawaii, but they will get their dream operations off the ground with, in some cases, seven-figure investments.

The show, due late this year or sometime next, is in the hands of reality king Mark Burnett (producer of Survivor, The Apprentice, and The Contender), who is polishing a concept already tested successfully in Japan, Canada and the U.K. (Dragon's Den). The fireworks, he says, won't ignite between competing entrepreneurs. Rather, the drama will come when the investors fight with each other to woo these would-be business owners. And they'll be using their own money.

"In this situation we lined up five wealthy sharks who have the money to invest," he says. "Entrepreneurs come in one by one. There's no elimination. There's no game there. Each entrepreneur gives their business pitch - who they are, why they're worthy. Either the sharks are in or out. If all five say, 'I'm out,' the entrepreneur leaves empty handed. If more than one shark remains in, then there's blood in the water because then these sharks go against each other."

Burnett, one of pop culture's most au courant zeitgeist surfers, says the time for an entrepreneurial reality show in America is now. The economy's chum, layoffs are epidemic, and workaday Americans are dreaming more than ever about an entrepreneurial life sans the corporate lifeboat.

"Having a job is risky," he says. "I bet a lot of people who had safe jobs are saying, 'I've always wanted to work for myself."

He should know. An ex-military officer from the U.K., Burnett landed in the United States in 1982 en route to a security consultancy in Latin America. He decided to stay and ended up peddling t-shirts on the Venice Beach boardwalk in Los Angeles. He expanded his clothing endeavor to area swap meets before testing the Hollywood waters and helping to pioneer reality television on primetime American airwaves.

In his own time as a street-level retailer, Burnett says, "I learned, honestly, more about people than I could have ever imagined. It's still with me today. You have to sell and market and be responsible for the product."

"The big moments are the gut checks for the vying entrepreneurs," Burnett says. "Believe me, you'll see occasions where significant, seven-figure deals are turned down by the entrepreneurs."

The startup hopefuls have yet to be chosen, and Burnett is opening his casting call to Entrepreneur readers who think they have the right stuff. The show will emphasize not only original business plans, but personalities that have energy, enthusiasm and stamina. "You've got to have this drive and belief and action joined with a viable idea," Burnett says.

Log on to ABC.com for casting information.
More from Entrepreneur