PR Nightmares: How Franchises Face Them 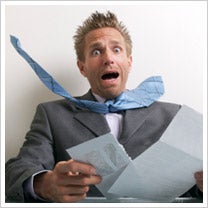 Okay, so maybe that's not exactly how it went. But it does ring true. One of the big selling points of joining a franchise is that you get to reap the benefits of a well-known brand with a built-in reputation. Unfortunately, the corollary to that is that if something happens to hurt that reputation--fairly or not--you reap the damages, too.

Remember the woman who "found" part of a finger in her chili at a Wendy's in San Jose?  Even though it was soon proven that she had planted the offending digit, the damage was already done. Wendy's stores across the country suffered an average 2-2.5% decrease in sales, with franchises in the Bay Area especially hard hit.

Now another food franchise is facing a similar PR nightmare. Last month, two employees of a North Carolina Domino's videotaped themselves violating numerous health codes and posted the video on YouTube. People who watched it understandably lost their appetites for the popular pizza chain's food--and franchisees across the country stood to lose customers because of it.

Domino's execs hesitated initially, afraid that responding to the video would only draw more attention to it. But as views climbed, it became clear they couldn't ignore the problem.  Instead, they combated it by going straight to the source. They launched a Twitter account, @dpzinfo, to respond to comments, and posted their own video on YouTube of President Patrick Doyle apologizing to customers. Since then, they've also added two more videos showing Domino's employees in a more positive light.

Only time will tell how much damage this incident has done to Domino's brand--and consequently, its franchisees--or how well the company's response has mitigated it. But in the mean time, there are several lessons that the franchising world--and those thinking about joining it--can learn from the situation:

For franchisees: Choose your employees wisely. How they behave reflects not only on you but on the entire system and every franchisee that's a part of it. The franchise owner who employed the two YouTube pranksters--one of them a registered sex offender--could lose his franchise because of it.

For franchisors: Some franchisors bring PR problems on themselves, of course, but as the Wendy's and Domino's cases prove, sometimes a brand comes under attack from forces beyond its control. The best thing a good franchisor can do is be prepared for such attacks. In the wake of Domino's YouTube woes, Ad Age and USA Today both offered advice for companies looking to prepare for and protect against similar problems.

For potential franchisees: If you're researching franchise opportunities, you probably already have a long list of questions for franchisors, but this may be an issue that you hadn't considered before. Well, it's time to consider. Ask companies if they've ever had to deal with a PR nightmare and how prepared they are to deal with any that may arise in the future. Remember, when you're buying a franchise, you're buying a brand--and all the good, and the bad, that comes along with it.