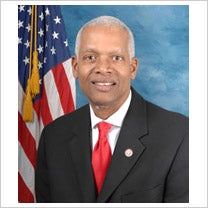 Congressman Hank Johnson, a Georgia Democrat, is proposing new legislation that he says will close loopholes that allow federal contracts intended for small business to go to large corporations.

H.R. 2568 would update the definition of a small business in the Small Business Act by barring  publicly traded companies. It would also allow individuals to file complaints regarding small-business-focused federal contracts.

Johnson notes that the Small Business Administration Inspector General found that four out of 100 recipients of federal contracts intended for small business did not quality.

"It's unconscionable that some large corporations are the beneficiaries of small business contracts," said Johnson, "especially given how many small businesses are struggling in this recession. H.R. 2568 will go a long way in helping correct this egregious error."

The legislation is backed by the American Small Business League, which for years has been railing against the loophole that has allowed corporations such as Hewlett Packard to receive federal contracts intended for smaller operations.

The ASBL speculates that President Obama will support the bill because he stated last year that "it is time to end the diversion of federal small business contracts to corporate giants."