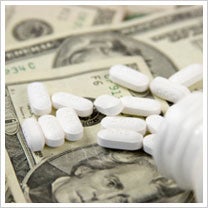 Comprehensive healthcare reform will save the small business sector $855 billion over the next 10 years, according to a report released this morning by the nonpartisan Small Business Majority. The study, titled The Economic Impact of Healthcare Reform on Small Business*, noted that a system of shared responsibility among the healthcare industry, businesses, government and individuals would be critical to successful reform.

The data revealed the following:

In a follow-up conversation with Small Business Majority CEO John Arensmeyer, I asked him to explain what entrepreneurs should take away from the report, and what they should do to ensure reform happens.

"Not enacting healthcare reform is going to be an unmitigated disaster," he responded, "but implementing a system based on the framework Congress is working on right now--even with the [controversial] mandates for employee coverage--will be a tremendous benefit to small business. Even the most conservative versions of reform will produce better results."

Arensmeyer stressed that business owners should express their views about healthcare reform to their elected representatives. "There are a million moving parts to try to fix a seriously broken $2.4 trillion system. That doesn't happen overnight, or easily, without discussion and some disagreement along the way," he said.

He finished with the good news. "On the positive side of the ledger, everyone wants change and is approaching this with good will and the desire to do the right thing." He added that, so far, Congress is on schedule to draft the final legislation after the August recess. "I think there's a very good chance we're going to get legislation before the end of the year. There's a momentum building."
_

*The report's analysis was led by Jonathan Gruber, economics professor at the Massachusetts Institute of Technology, who applied a healthcare simulation model to compare three different reform scenarios--limited, expanded and significant support for small business owners. Gruber's team looked at reform packages with varying amounts of tax credits for employers who offer insurance, and different payment levels for those who don't.